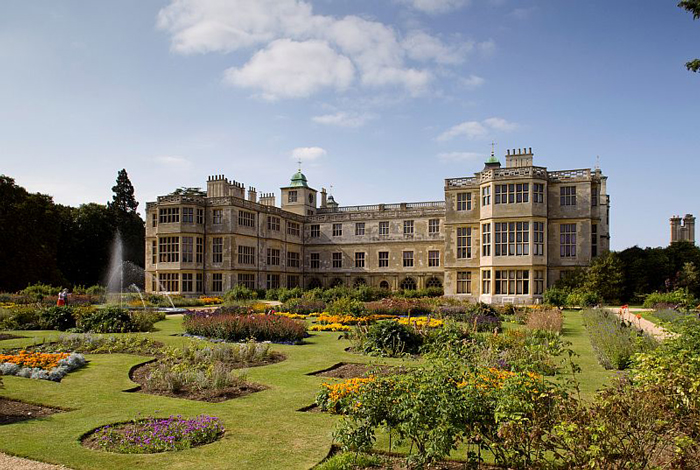 Whether you like meandering round a manor or stepping back in time, visitors to the county of Essex in September will find plenty of inspiration. In the heart of the county, September sees the return of the Chelmsford Heritage Open Days (8th to 11th September) with a host of properties opening to welcome visitors and offering free admission.

Highlights for 2016 include access to the grounds of Pleshey Castle, tours of Hylands House and, joining in the open days programme for the first time this year, Writtle Agricultural College and the Little Baddow History Centre.

A palace in all but name, Audley End, (pictured banner above) is not just one of Essex’s grandest country houses but one of the nation’s. This year, visitors can enjoy a family experience centered on a series of events in the Victorian stables as well as enjoying the Jacobean splendour of the house. On Saturday 3rd and Sunday 4th September, Audley End will welcome the ladies of the Victorian period for Stunning Side Saddles with demonstrations and experts on hand to tell you everything you want to know about horses and the modest but challenging art of riding side saddle!  www.english-heritage.org.uk/Audley 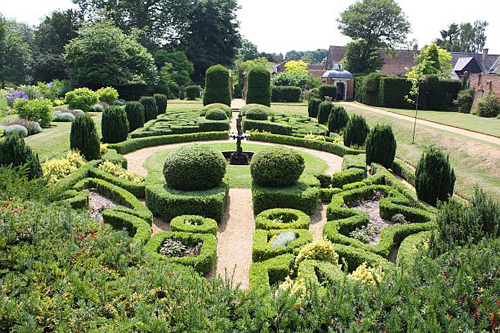 Bridge End Garden, tucked away among the medieval back streets of Saffron Walden, (pictured above) consists of seven lovingly restored interlinked gardens – a Grade II listed evocation of the Victorian taste for both formal and practical horticulture.
www.visitsaffronwalden.gov.uk

The exotic-sounding Forgotten Gardens of Easton Lodge are a ‘must’ for romantics and keen gardeners alike. Easton Lodge was originally built by Henry Maynard, former Treasurer to Queen Elizabeth I. His mansion followed the ‘H’ ground plan, typical of the era but was destroyed by fire in 1847. A gothic pile replaced it, which came to Frances ‘Daisy’ Maynard in 1865. Renowned as a great beauty, Daisy was courted by European aristocracy but eventually married Lord Brooke, the Earl of Warwick.

In 1902 she commissioned Harold Peto to redesign the grounds and he did so by bringing his passion for Italianate and French designs to Easton Lodge. These were greatly feted and much photographed during the Edwardian era, but the Second World War saw the estate requisitioned by the War Office and transformed into an airfield. Thousands of trees were either felled or blown up to make way for a runway and to create a base suitable for bomber aircraft.

After the cessation of hostilities, Greville Maynard demolished the house and bequeathed what remained of the estate to his daughter, Felice Spurrier in 1960. Felice sold the remaining buildings on and in turn, the grounds have been passed on to a number of individuals. However, in 1993 a small but enthusiastic group of volunteers undertook to restore the gardens of Easton Lodge. The intervening years have seen painstaking work to restore Peto’s gardens and though it continues, the areas recovered from nature’s wilder habits, are magnificent. www.eastonlodge.co.uk

Copped Hall, another great house that fell victim to fire and abandonment, is now enjoying a renaissance thanks to volunteers. The hall’s gardens are undergoing restoration and visitors can get a sense of the house’s once majestic lawns, parkland and walled kitchen garden. In 1594, to celebrate his marriage to the Countess of Southampton, Sir Thomas Heneage – the house’s then owner – commissioned Shakespeare to write a play. The resultant A Midsummer Night’s Dream was thus first performed at Copped Hall, after the wedding ceremony in London. Acknowledging this a garden theatre has been created in the grounds. www.coppedhalltrust.org.uk 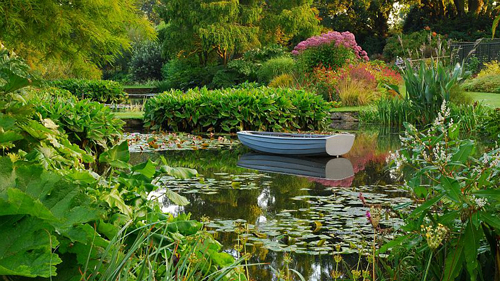 Enthusiastic gardens looking for inspiration can also visit the Beth Chatto Gardens, (pictured above) covering six acres of beautiful gardens. Beth and her team have transformed something of a wasteland into both a visitor attraction and important resource. To help plan your visit, have a look here – www.bethchatto.co.uk 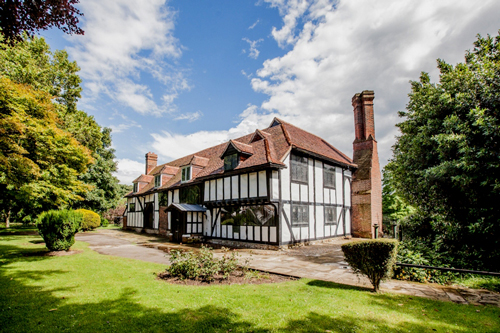 Southchurch Hall and Gardens, (above) originally built in the 1300s, is a medieval moated manor house with wonderfully preserved interiors. Five acres of park include ponds which are ideal for entertaining small children, with the most traditional of pastimes, feeding the ducks! www.southendmuseums.co.uk/page/Visit-Southchurch