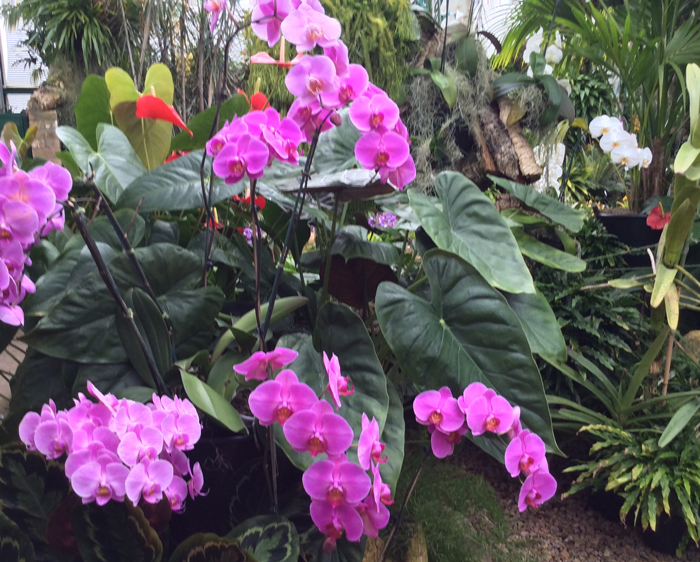 If you love orchids and happen to be visiting Jersey, one attraction you should not miss is a visit to the Eric Young Orchid Foundation at Victoria Village, Trinity.

Eric Young VMH, (1911-1984) was a successful Jersey businessman who also loved orchids. He was concerned about the preservation of orchids as well as their scientific development, which led him eventually to amass one of the finest collections as well as becoming notable for his support to the wider orchid community.

His collection expanded to such an extent that by the late 1970s he sought more suitable premises to enable him to house the collection and continue the scientific work. An old derelict nursery in Victoria Village was purchased and became the permanent home for what was to become the Eric Young Foundation, now of international importance.

The aims of the Foundation include contributing to the development of new orchid hybrids of excellence as well as collaborating with other institutions to promote orchid growing and research.

Exhibiting plants has always been a prominent aim of the Foundation and they are notable Chelsea Gold Medal winners as well as holders of a number of international awards including Reserve Grand Champion exhibit at the World Orchid Conference in 2005.

The Foundation, a unique institution, has as its primary aim the creation and showing of fine orchid hybrids, unhindered by commercial constraints.

I had seen the Orchid Foundation described as a tropical paradise and an orchid enthusiast’s Mecca, so I guess I was expecting something special. However, I have to admit that I was completely stunned by the variety, breadth and power of the orchids on display in the beautifully designed orchid house.

This is a collection that will change with every visit as the flowering seasons come and go. In many respects it is jaw-dropping, the colours, shapes and majesty of all variety of orchids, growing in as close to their natural habitat as possible, is something special. Turn a corner and the vista changes, look up and orchids hang from every conceivable position, they strut their stuff in a way only orchids can and it is sheer heaven. 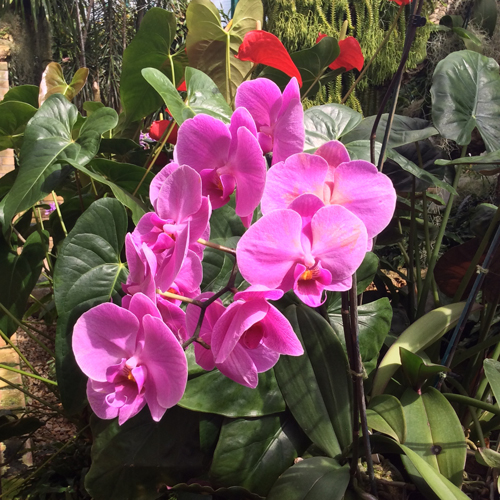 Education is an important aim of the Foundation and visitors can see clearly labelled species as well as being able to take a walk-way along the side of the growing glasshouses, to see the work involved in orchid growing and hybridising.

There is something for every orchid lover here – from Cymbidiums to Paphiopedilums, Miltonias to Cattleyas as well as the popular and more common Phalaenopsis. Species from across the world vie with each other to attract the visitor’s attention and obviously it is a photographer’s paradise with so many varieties, colours and types to record. 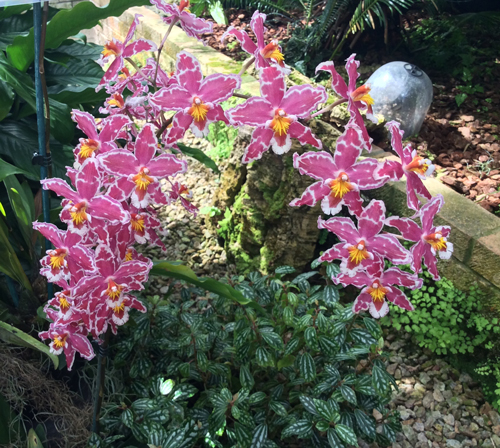 In the excellent guide book visitor’s can start to appreciate the various types of orchids and reflect on the fact of the amount of science and work that goes into breeding and creating a hybrid of quality. For example, Cymbidium Icho Tower ‘Trinity’, first registered in 1993, is one of the finest and most awarded Cymbidiums the Foundation has produced to date. It received Awards of Merit from the RHS and the American Orchid Society as well as winning Grand Champion Orchid at the Santa Barbara International Orchid Show in 1995. The orchid took no less than seven species and forty six hybrids in a myriad of combinations to produce this award winning hybrid. 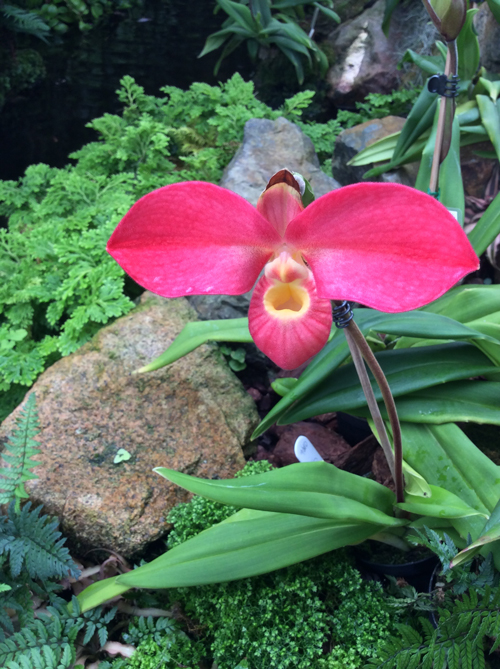 Eric Young was a member of the Orchid Committee of the Royal Horticultural Society (RHS) and was awarded the Victoria Medal of Honour by the Society. He received many international awards but his greatest legacy has to be the collection, on-going work and ethos of his Foundation.

Plan a visit to last about an hour. There is a small self-service tea bar and ample parking. Wheelchair accessible. At time of going to print (August 2016) the Foundation is open Wed to Saturdays 10am to 4pm. Please always check with the Foundation’s website for current opening times.

You can find out more about the Foundation and visit directions by visiting www.ericyoungorchidfoundation.co.uk

©2016: All photographs are copyright of Reckless Gardener.