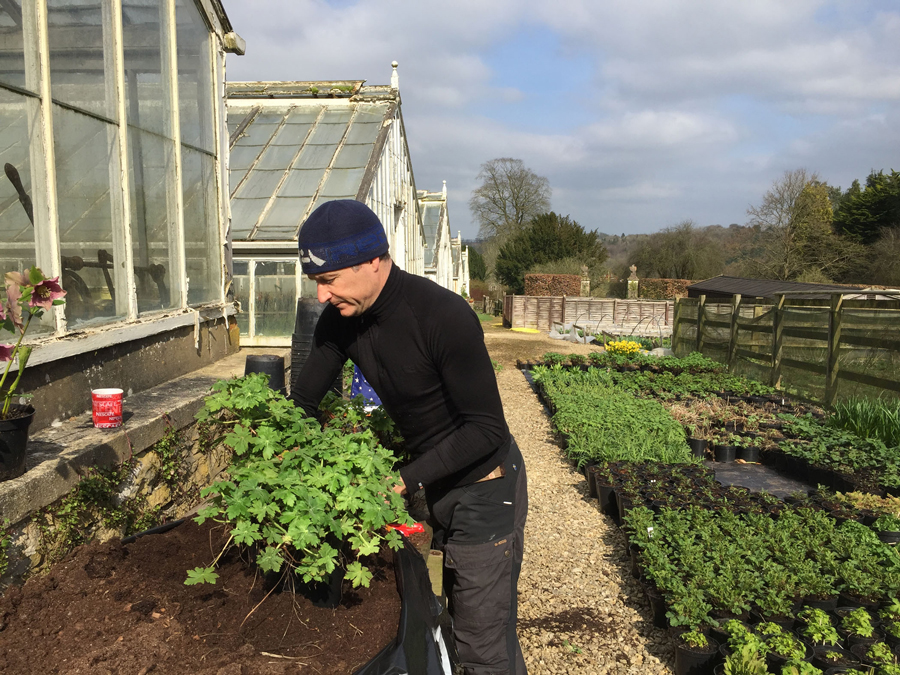 For the 2017 RHS Chelsea Flower Show, designer Chris Beardshaw is returning to his roots as a nurseryman by taking the unusual step of personally growing and nurturing over 2000 herbaceous plants. The plants will play a starring role in The Morgan Stanley Garden.

Chris was 11 years old when he started his horticultural career, working at weekends at a nursery in Worcestershire, where he learned to propagate plants and inspire customers. It was here that his real passion for plants began and now after 35 years in horticulture and garden design, Chris is very much enjoying being back in the glasshouse and getting up-close and personal with the many thousands of stunning plants he will be planting on the show garden.

Since Chris created his first Chelsea show garden in 1998 he has gone on to win no less than 11 RHS Gold Medals. He confesses that there is something magical about being able to handle, nurture and encourage plants in a refined environment with a very specific goal and getting to know the plant material intimately, not just the difference between the species, but every plant in every pot becoming familiar. As a consequence Chris can already build up a picture of how the plant will ply a role in the finished garden. 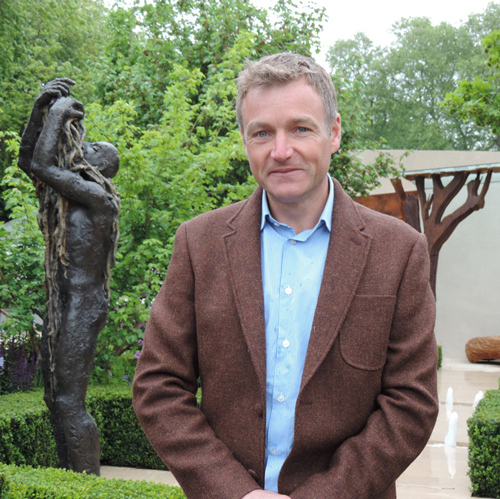 Chris (pictured left) points out: ‘Like most designers for shows we usually prepare our designs and select our plants from commercial nurseries, who then grow them on for us. We will visit them regularly to check on progress but the next time we see them is when they are delivered to Chelsea. It’s then straight off the trollys and onto the show garden for planting. But this year we decided to do things differently,’ he said.

“Looking after the plants is obviously very time consuming when we are so busy with everything else. And is quite challenging as we have to work with the changing weather conditions – holding back some species, while coaxing on others. But for me the planting is the aspect of any show garden creation I love the most and this year will be even more special and rewarding,” Chris continued.

The Morgan Stanley Garden features two distinct planting areas and unusually for Chelsea, the public will be able to view the garden from three sides, with each perspective providing a contrasting planting style. 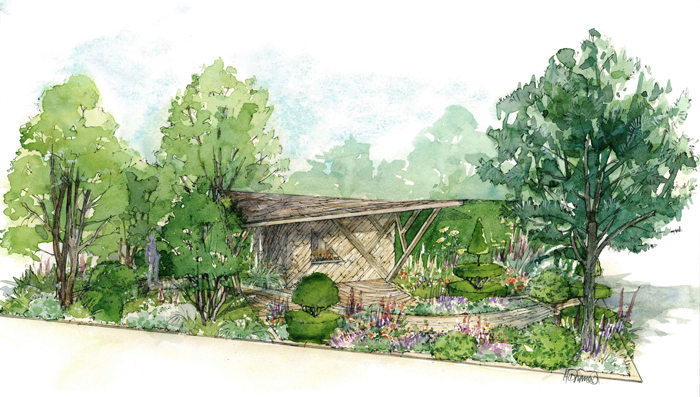 A sinuous path leads from a naturalistic woodland which features a collection of specimen trees which are underplanted with an array of woodland perennial species such as Hostas, Gernanium, Brunnera and Ferns, to provide a verdant tapestry of foliage textures. The informal path makes the transition from the woodland through to a dramatic, oak and limestone Loggia, which has been designed by Chris and was inspired by his study of fractal geometry, as found in nature and the structure of nature. The path then leads on to the third zone which contrasts the woodland with a sun soaked terrace at the front of the garden. Here planting features abundant jewel like perennials such as Iris, Geraniums, Echiums and Agapanthus.