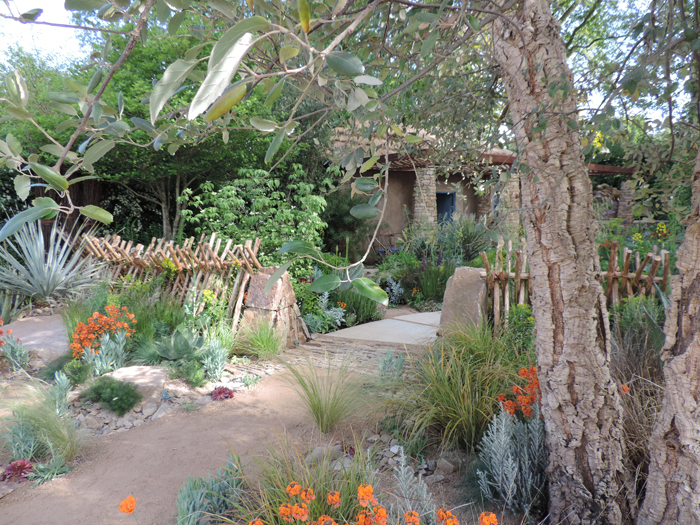 Award-winning designer, Matthew Keightley of Rosebank Landscaping has just returned from Lesotho, following the official opening of the Mamohato Centre, where his 2015 RHS Chelsea Garden, ‘Hope in Vulnerability’ has influenced the landscape of the newly opened centre.

Matthew, who was awarded the People’s Choice Award for the second consecutive year, for his ‘Hope in Vulnerability’ garden, designed for Prince Harry’s charity, Sentebale, has been working to complete the landscaping of the children’s centre in Lesotho. The Chelsea garden was awarded an RHS Gold Medal and certainly captured the hearts of the nation at the show.

Sentebale, invited Matthew to create a Chelsea garden in 2015 to raise awareness of the charity’s work, providing healthcare and education to Lesotho’s most vulnerable children, many of whom are victims of extreme poverty and Lesotho’s HIV/AIDs epidemic.

The garden received the Royal seal of approval by Prince Harry as well as the Prince of Wales and Her Majesty the Queen when they visited RHS Chelsea in May, so much so that Matthew was invited by Prince Harry and Sentebale to contribute to the design of the landscape at the centre.

Set at the foothills of the Thaba-Bosiu mountain range, Matthew’s vision was to create a space that would ensure the new architecture of the  Children’s Centre and the natural beauty of its mountainous surroundings flowed, whilst retaining a safe and secure feel for the children that will use it.  With that in mind, Matthew has designed structures around the centre using locally sourced materials to create areas for play, learning and simply contemplation. A series of cylindrical garden structures reminiscent of the traditional Lesotho dwellings, ‘rondavels’, sit comfortably around existing mature trees on the site to provide focal points and seating areas for the children.

An amphitheatre style seating for 120 people focuses on a fire pit providing a community area for welcoming ceremonies, and group activities, while pathways and planted areas create quite spaces softening the buildings and creating a safe, multifunctional space. The terracing within the grounds has been designed to offer fantastic vantage points over the entire site and the wider landscape.

Many elements of the completed landscape reflect designs from the Chelsea garden and it is hoped that the heart and crown chairs from Chelsea will also be sent out to the centre. 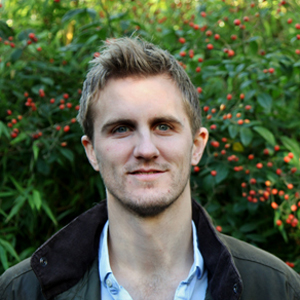 Matthew (pictured left) explained that he was invited out to Lesotho last year for what became a hugely inspiring trip and one that influenced a lot of the design for the Chelsea garden: “The beauty and surroundings of the mountainous region combined with the spirit of the children’s centre as many will remember, were used to bring to life the centre’s ethos and raise awareness of what Sentebale do, and just how much of an impact they have on the children of Lesotho,” he said.

Matthew explained that during this time he was asked to assist with the design of the centre’s landscaping to create natural links between the new architecture of the children’s centre and the landscape that could be enjoyed by all.

He continued: “In the development of the centre’s grounds, I used many of the local building techniques to create features such as a communal fire pit, as well as structures that created areas for the children to relax and play in. These designs were later used to inspire the ‘Hope in Vulnerability’ garden at Chelsea, so that the public could really understand and relate to what it would be like at the Mamohato centre itself.

“Now, six months later, the children’s centre is complete and the legacy of the Chelsea garden lives on. This centre will enable Sentebale to care for four times as many vulnerable children as they currently do, and it has been an immense privilege to have been involved in all aspects.” 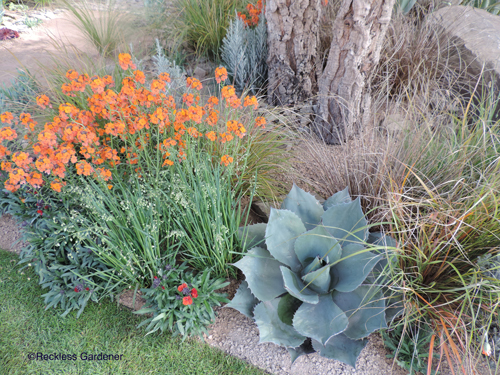 The Mamohato Children’s centre and grounds was officially opened on 26th November by His Majesty King Letsie III at Thaba Bosiu in Lesotho, in the presence of Sentebale’s Founding Patrons, Prince Harry and Prince Seeiso.

Lesotho has the world’s second highest HIV infection rate. One in three children are orphans and there are over 40,000 children living with HIV. The Mamohato Centre is Sentebale’s first purpose-built facility, which will support all of the charity’s work with vulnerable children.

HRH the Prince of Wales’ Foundation for Building Community has assisted in the design of the centre by working with a local architect to create a sustainable, beautiful and locally-inspired facility to support some of Lesotho’s most vulnerable children.