Christmas at Kew – an enchanted wonderland 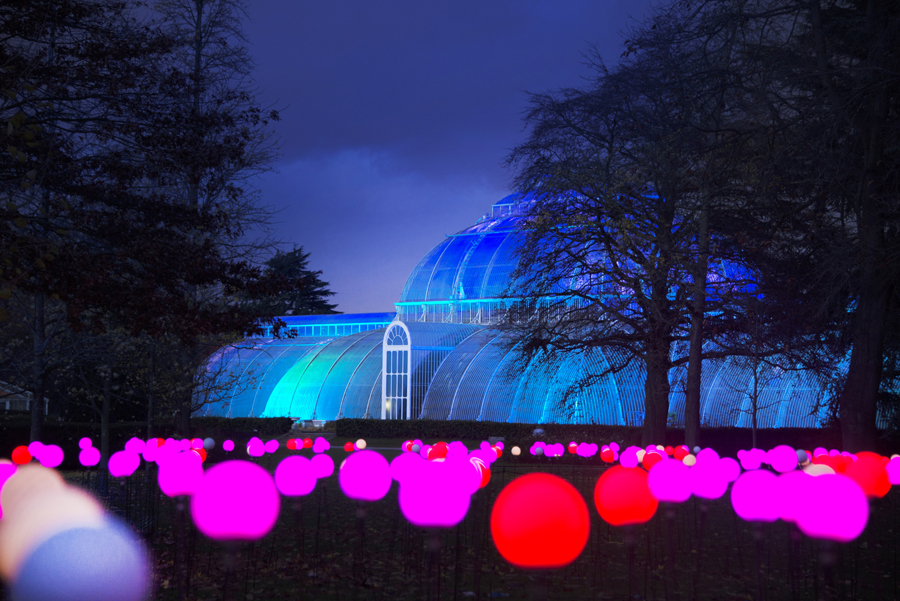 This winter, the Royal Botanical Gardens, Kew, will transform into an enchanted wonderland as the highly anticipated Christmas at Kew returns – 22nd November, 2017 to 1st January 2018.

After the brilliant success of the last four years, Kew has once again teamed up with entertainment promoter Raymond Gubbay Ltd., to create a brand new illuminated trail, featuring over 1 million twinkling lights.

Visitors can expect a magical world that will fill hearts with seasonal cheer as they follow a trail winding through glittering trees festooned with silvery shards of light, snowflakes and stars. Children and adults alike will delight at the sight of an enormous glowing Sledge Tree constructed from over 360 wooden Santa’s sledges.

There will be singing trees on the way to the glistening lake, where visitors will witness an ethereal spectacle of light and sound with the lake’s two islands slowly coming to life as angelic voices call and respond across the water. 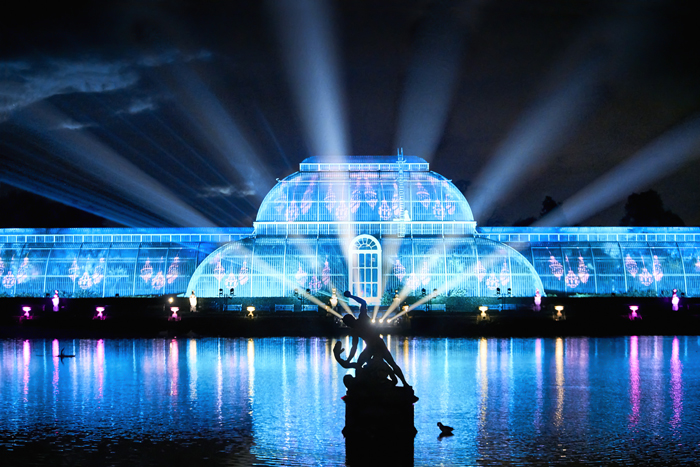 This year, the trail will feature several new installations by a range of artists including an installation by Between Art and Technology (BAT) Studio, who will be creating an ephemeral ultraviolet walkway of thousands of continuously moving bubbles. Founded by architects David Di Duca and Jonty Craig, BAT Studio have previously worked on projects for The Horniman Museum and The Science Museum.

There will be a Fire Garden, forming a striking corridor of intricate pulsing fire sculptures and rotating lantern-lit Christmas trees and an installation from French art studio TILT, who will create an enchanted promenade of hundreds of glowing peonies, giant grasses and coloured reeds.

The Great Broad Walk Borders, the world’s longest double herbaceous border, will, for the first time, form part of the trail. A stroll along the borders culminates in a host of giant trees, made from thousands of colourful, sparkling flowers complete with holographic petals, from creative studio PITAYA. 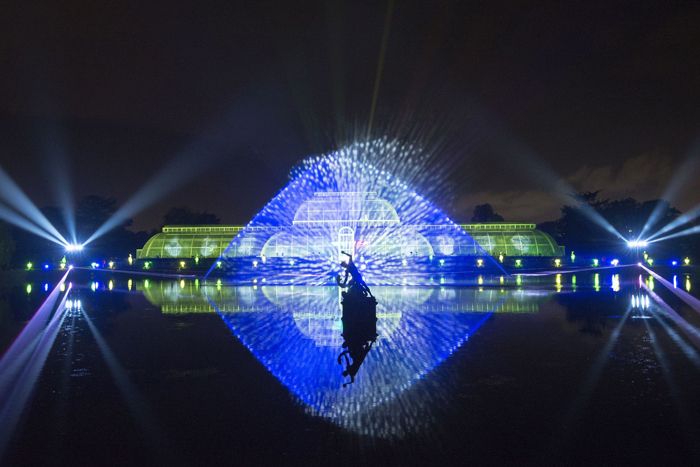 Of course, it wouldn’t be Christmas at Kew without the show-stopping Palm House finale. The pond and magnificent glasshouse will spring to life with an explosion of colourful criss-crossing laser beams, jumping jets of light, and new for 2017, kaleidoscopic projections playing across a giant water screen.

Youngsters will delight in spotting Santa and his elves performing along the trail, and White Peaks will once again become a festival fairground with a Victorian carousel and other rides for the little ones. As the winter trail comes to an end, visitors will be greeted by the scent of mulled wine, mince pies and other festive foods from a variety of enticing stalls at Victoria Plaza.

Director of Marketing and Commercial Enterprise for Kew, Sandra Botterell, points out that the event, now in its fifth year, has become an integral part of the London festive calendar: “It’s not often that you get to explore a world famous botanic garden after dark, lit up by a never ending sea of twinkling lights. This year’s night-time extravaganza will capture the magic of previous years, but will also offer a unique experience in itself, with a host of brand new breath-taking displays. I cannot wait to stroll over the Sackler Crossing bridge, which spans Kew’s glorious lake, surrounded by a dazzling underwater show of sparkling lights and reflections,” she says.

For information on events at Kew please visit:  https://www.kew.org/