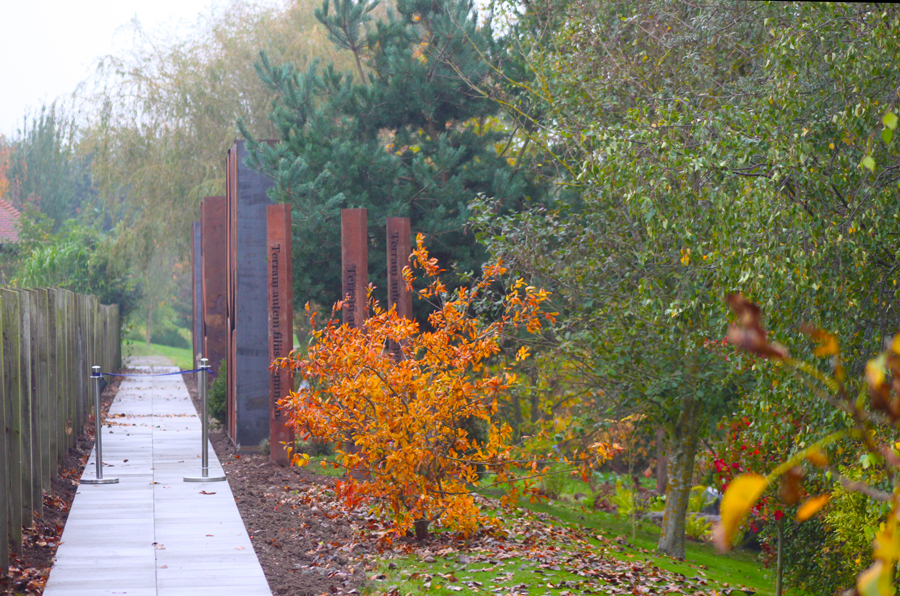 The award winning IQ Quarry Garden, featured at the 2017 RHS Chatsworth Flower Show, has now been re-imagined at the National Memorial Arboretum.

Designed by Paul Hervey-Brookes, the garden not only won Best in Show at RHS Chatsworth but also Best Construction and a Gold Medal. The garden, donated by the Institute of Quarrying (IQ), has been re-imagined to fit a bespoke space just inside the entrance to the National Memorial Arboretum.

The opening ceremony was attended by a number of past presidents of the Institute of Quarrying, (pictured below) alongside special guests drawn from across the minerals extraction sector and representatives of the National Memorial Arboretum and The Royal British Legion. 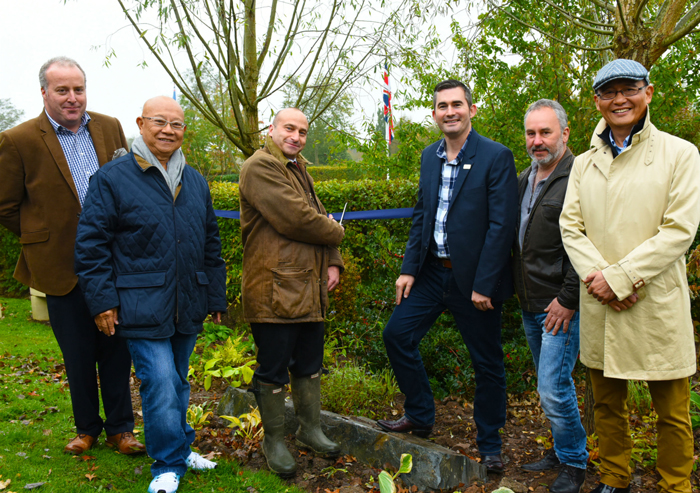 James Thorne, Chief Executive Officer at IQ points out that the IQ Quarry Garden played a big part in the Institute’s centenary celebrations campaign, however, he stressed that RHS show gardens are a huge amount of work for a short, five-day window of opportunity for the public to enjoy and so he was delighted that the Institute have donated the garden, albeit in a new layout, to the National Memorial Arboretum, where it can be enjoyed for years to come.

Phil Redmond, Chairman, IQ, adds: “Throughout our centenary year we have taken our message out to the public, our membership and the sector as a whole. We set out to challenge expectations and perceptions of our industry. The IQ Quarry Garden is possibly the best example of this.

“The National Memorial Arboretum provides a fitting home for the IQ Quarry Garden, given the Arboretum is on the site of a former quarry. I’m personally delighted that we have a found the perfect setting for this inspirational garden.” 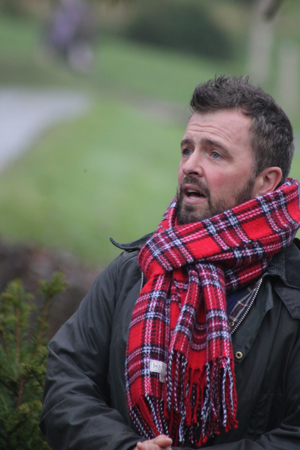 Paul Hervey-Brookes, (pictured right) awarded a Gold Medal for the Chatsworth Garden, has been responsible for interpreting the garden in its new home: “The new design is true to the spirit of the original IQ Quarry Garden, which represented the life cycle of a quarry, from extraction to reinstatement and sustainability,” he said. “It incorporates many of the features of the RHS Chatsworth show garden, including elements of ‘Passing Light’, a three metre tall, distressed Corten steel sculptural artwork created by artist Ann-Margreth Bohl. Hidden amongst the planting are a number of slate monoliths, acknowledging the garden’s quarrying roots.

“We have created a linear ‘walk-through’ space, providing a beautifully planted corridor linking elements of the Arboretum. It’s wonderful to think that the garden will now be enjoyed by future generations, as well as providing a lasting legacy to the Institute’s centenary.”

Sarah Montgomery, Managing Director of the National Memorial Arboretum said: “The Arboretum lies at the centre of the Trent Valley’s valuable sand and gravel resources and, with active working for minerals close by, we have a daily reminder of the origins of our site. This new garden will help explain to visitors the evolution of the landscape and illustrate the wonderful uses that former quarries can be put to.”

Sarah also points out that the garden will not only be a beautiful addition to the Arboretum, but also play an important role in linking several of the other gardens and memorials on the site, helping visitors explore the area of the grounds in a new way.

The National Memorial Arboretum is the UK’s year-round Centre for Remembrance, a spiritually uplifting place which honours the fallen, recognises service and sacrifice and fosters pride in our country. It is located in a former sand and gravel quarry, which was gifted on a peppercorn rent by Tarmac with a 999 year lease.

You can find more details on the National Memorial Arboretum here.