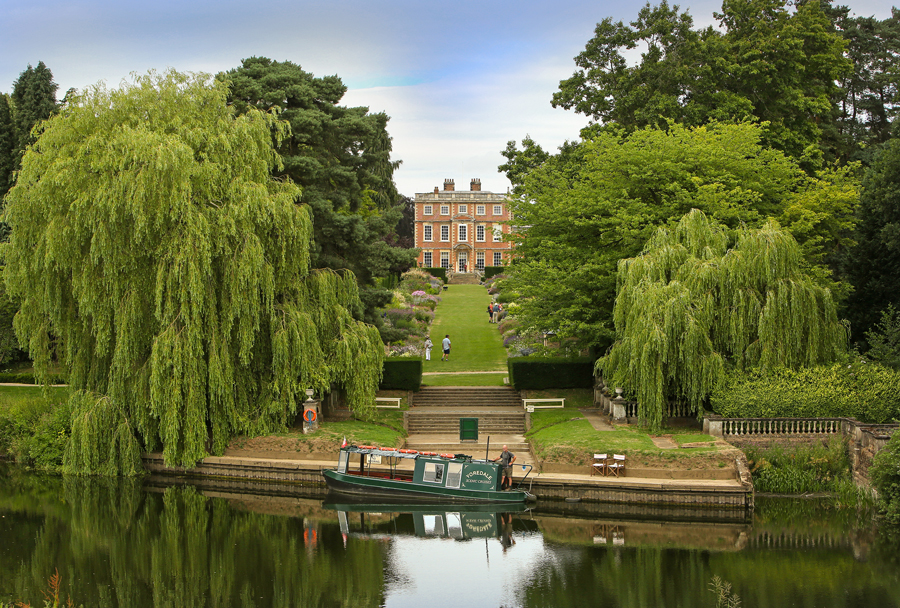 Visitors to one of the UK’s most famous flower borders, at Newby Hall, Yorkshire, can now sit back and get a new perspective on the floral landmark, thanks to a Giant hand-crafted replica of a priceless Chippendale chair.

Newby Hall has one of the finest Chippendale collections in the country and to mark the 300th anniversary of the renowned furniture maker’s birth and the opening of a new Chippendale exhibition, they have unveiled a 2.2m high wooden chair at the end of its famed double herbaceous border. 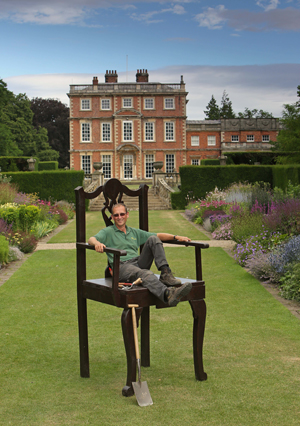 Visitors can climb up the chair to get a panoramic view across the magnificent 172 metre long flower beds – some of the largest in Europe – which are packed with around 6,500 plants.

The oversized chair has been handmade by craftsmen on the Newby estate and will be ‘planted’ in the garden over the summer months. Newby Hall & Gardens is marking the ‘Year of the Border‘ this year as its flagship border reaches peak flower power. The highlight of Newby’s beautiful 25 acre gardens, the border underwent refurbishment five years ago to ensure it continues to wow for years to come.

Thousands of new plants were propagated or grown on and carefully planted up to give a more naturalistic design by Newby’s expert team. This summer sees all the hard work pay off as the plants mature and start to claim the stunning spacious border, which runs from the magnificent 17th century house down to the River Ure.

The border is of such a scale that staking the plants in spring takes three days while cutting back in the autumn takes over a fortnight. The award-winning gardens were mostly created in the 1920s and have evolved over the years making a major contribution to 20th century gardening.

The Hall was designed by Christopher Wren and built between 1691 and 1695. At the time, Peter Aram was commissioned by owner Sir Edward Blackett, as head gardener, to lay out formal gardens and avenues in keeping with the period. Today, very little remains of the original garden except the Lime Avenue. During the Victorian era, some areas of the garden were improved when Lady Mary Vyner, commissioned William Burgess.

The present design is largely the creation of the owner’s grandfather, Major Edward Compton, who inherited Newby in 1921. He was influenced by his friend, Lawrence Johnston’s garden at Hidcote Manor and Compton set about creating a main axis for the garden, running from the south front of the house down to the River Ure. Richard Compton’s parents, Mr and Mrs Robin Compton, took over Newby in 1977 and totally restored the garden, after a period of neglect, taking 10 years to replant these lovely gardens. The garden has subsequently been awarded the BTA Heritage Award acknowledging Mr & Mrs Compton’s outstanding contribution to the restoration. 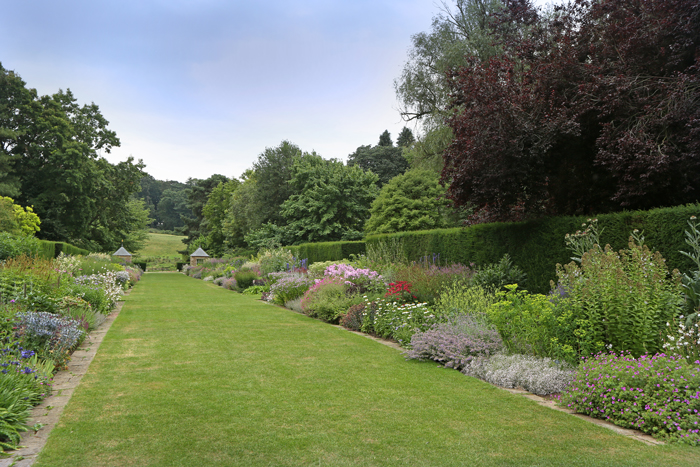 Richard Compton said: “We wanted to link this year’s Chippendale celebrations with the collection at Newby and its magnificent gardens and thought this would be a great ‘immersive’ way to do it. You might not be able to clamber on our real Chippendale chairs, but we will be encouraging visitors to climb up and sit on our giant version to enjoy the view and have their photo taken.”

Today, management of the gardens is in the care of Mrs Lucinda Compton, who works alongside Mark Jackson, Head Gardener (seated on the giant chair, left above) and a dedicated team of volunteers.

Newby Hall & Gardens is one of the country’s most important and beautiful 20th century gardens and certainly one of the North’s finest. It’s ’14 rooms’ within the main, formal garden, include an early 20th century rock garden, serene white garden and traditional rose garden.