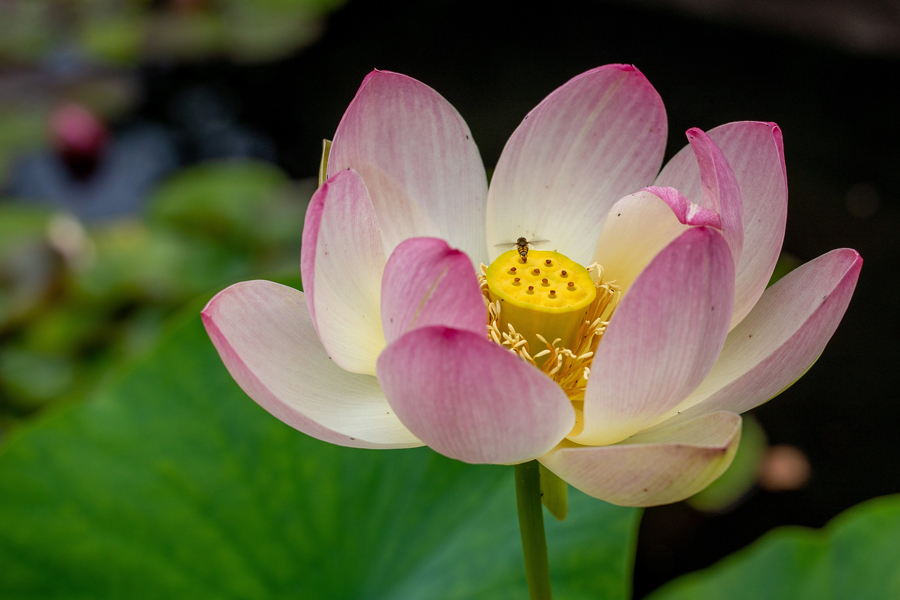 After the spell of hot weather and record breaking temperatures, a sacred lotus has blossomed for the first time at RHS Garden Harlow Carr, in Harrogate, in what is believed to be the first time so far north.

Also known as the Egyptian bean, Indian lotus and bean of India, the sacred lotus – Nelumbo nucifera ‘Mrs Perry D Slocum’ – features flowers flushed with pink which are expected to fade to pale yellow before showing off its iconic cup-shaped seed pod.

Gardeners believe the lotus has bloomed thanks to the recent hot weather, creating the perfect conditions. It is hoped it will last for 4-5 days, with more buds expected to follow.

Garden manager, Kathleen Musgrove, explains that they thought they would try it this year but without any real hope of success as temperatures of over 20c are rarely sustained in North Yorkshire, where Harlow Carr is situated: “Now even the water in the ponds is like bath water, which is ideal for the sacred lotus,” said Kathleen.

“None of the garden team can remember there being a flowering lotus at Harlow Carr in their time here – that’s over 20 years, since before the garden belonged to the RHS. In much milder areas of the country it is possible to grow lotus outside in the summer, but it is extremely unusual in the North of England, and we don’t know of any other gardens as far north as Harlow Carr that have succeeded in getting a lotus to flower,” she added. 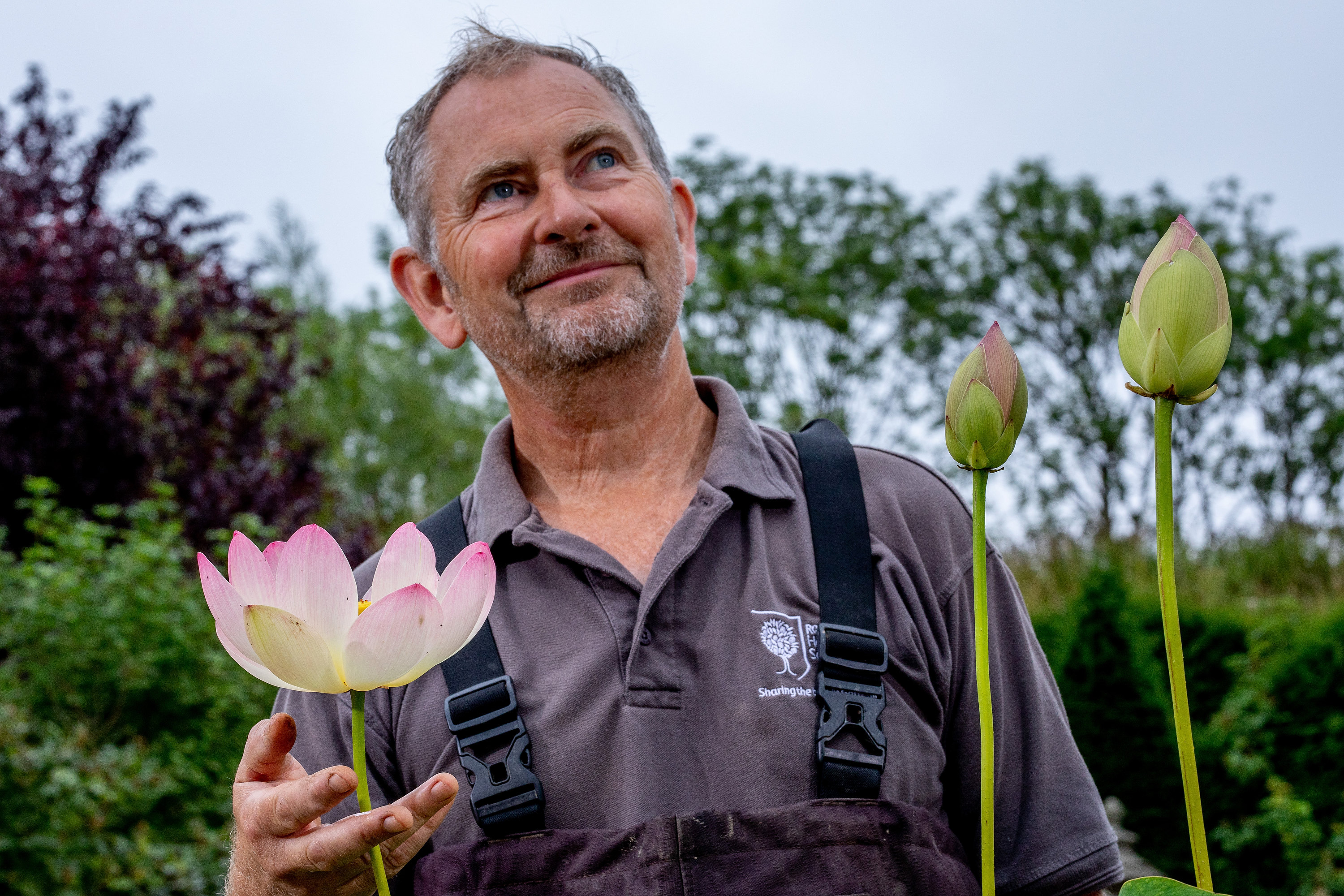 Picture above shows Malcom Arthur, Gardener, who has looked after the plant for the last three years.

The sacred lotus has a soft, sweet scent and can be seen in the newly revamped Edwardian garden. Gardeners are referring to the lotus flower as the non-stick plant as the repellent nature and architecture on the surface of its leaves means that nothing, from chewing gum to molasses, will stick to them!