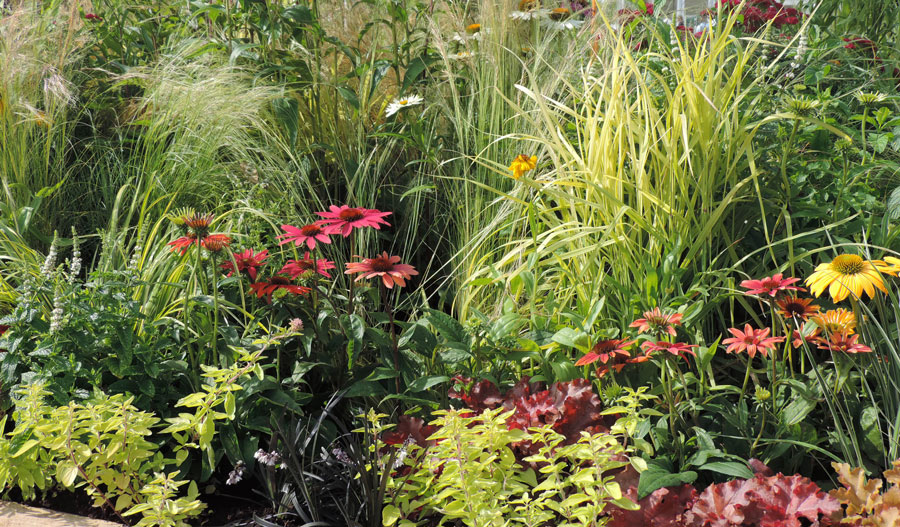 The Royal Horticultural Society (RHS) is expanding its Greening Grey Britain campaign to Greening Great Britain, to promote that growing more plants in any setting is vital for the environment and our health and wellbeing.

For the first time, in November 2018 a survey of 2000 RHS members, revealed the extent of members’ gardening and planting activities. Now, the broadened campaign, which still encompasses the importance of greening the grey, will better recognise the significant impact they are making by adding some 22 million plants to their gardens each year and the wider work of the Charity.

It is estimated that the RHS army of gardeners add 22 million plants to gardens each year while the area planted by the Charity’s 500,000 members equals the size of 350 football pitches!

Sue Biggs, RHS Director General, points out that most RHS members are active gardeners, but says the figures are stunning and exceeded expectations with the amount and diversity of plants they are adding each year: “This is immensely positive for wildlife, the environment and numerous other benefits, including cooling local areas in summer, flood protection, air quality improvement, noise reduction and wellbeing benefits.”

Assuming that most people will plant but one tree per year, that would suggest at least 157,270 trees were planted. The research from the recent survey also suggests that where space is limited shrubs replace trees and, while wildflowers are more widely planted where there is more space, one in five smaller gardens still find space to plant more wild flowers.

New woodland is established with about 1,600 trees per hectare, so RHS members plant trees equivalent to 98 hectares of forest per year! According to the Forestry Commission, 1300 hectares of broadleaved woodland was planted in England in 2017-2018. Therefore, RHS members planted an area equivalent to at least 7.5% of broadleaved forestry plantings in England.

Thousands of Bloom volunteers continue to enhance established community gardens and the RHS is bringing more horticultural highlights to their four gardens while also creating a fifth new garden at RHS Bridgewater in Salford.

Since the RHS launched its Greening Grey Britain Campaign in 2015, the Greening Grey Britain Report has been raised in The London Assembly. The charity also held a Front Garden Summit in 2016 where policymakers, developers and planners, discussed solutions to start making a difference and 128 grants have been given to communities to turn grey spaces green. A conference at RHS Tatton Park Flower Show in 2018 highlighted the importance of greening urban spaces and its last three gardens from the RHS Chelsea Flower Show have all transformed grey spaces to green after the show.

Sue Points out that without plants the plants gardeners grow there would be fewer insects, wildlife, bees, beauty and benefits to the environment: “We would have less nature, seasonality and colour in our front and back gardens; and if we didn’t have our ‘army of gardeners’ we wouldn’t have the rich and beautiful diversity we are so famed for and so good at maintaining. Through Greening Great Britain, with all our amazing supporters we will continue to champion why gardening and growing more plants matters,” she said.