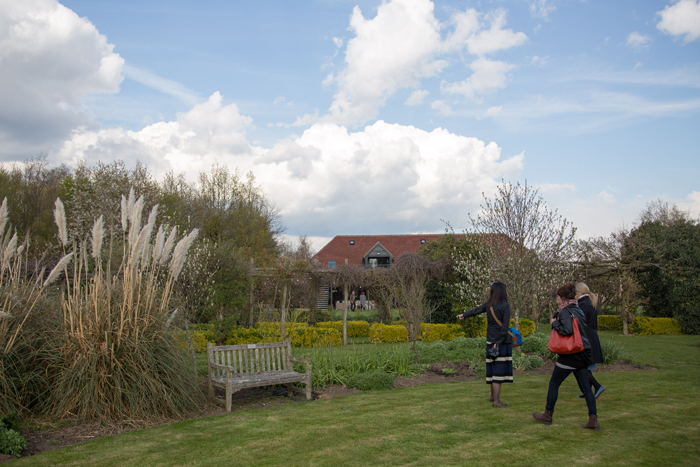 A much loved and historic Kent garden, has been fully restored and re-opened as a wedding and events venue. Formerly known as Yalding Organic Gardens, the restored site, on the edge of Yalding, Kent, will now be known as The Gardens, Yalding. The Gardens will be available for weddings, events and also open to the public on certain days.

The gardens were originally created as a display garden for the Henry Doubleday Research Association (now called Garden Organic). The 12.5 acre site had been gifted, along with a sum of money from local organic farmers Donald and Pixie Cooper, opening to the public in 1995. They were once described as ‘among the most inspirational garden acres anywhere, for everyone’ before sadly finally closing in 2011.

Despite the efforts of volunteers the gardens had fallen into disrepair and large areas were significantly overgrown. The new owners, Rod and Nicki Clark, bought the site in 2013 and they have made a substantial investment to restore and plant the gardens, following the original planting guidelines. They have also received help from one of the original gardeners, who has been on hand to give advice to the restoration team. 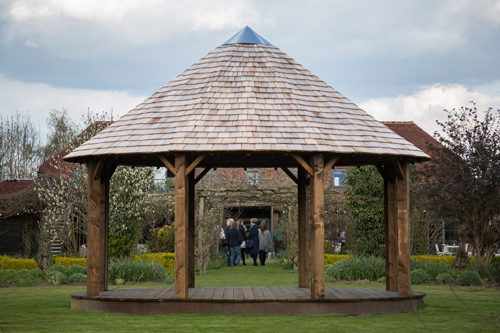 The contemporary barn has also been restored, creating a fantastic new venue for civil ceremonies and events, while also providing a number of new jobs and a sustainable business model to ensure The Gardens long term survival. The production areas of the gardens will also provide fresh produce for the catering team as well as stunning displays for ceremonies and events.

Divided into 16 areas demonstrating planting styles through different ages, The Gardens will enable visitors to appreciate a variety of planting styles including Medieval, Tudor, 19th century cottage garden, Victorian and Edwardian, originally inspired by the style of Gertrude Jekyll.

There are also orchards and a large fruit garden planted with a wide variety of fruit including apples, pears, cherries, blackberries and kiwi, demonstrating Kent’s long heritage as ‘the garden of England’. 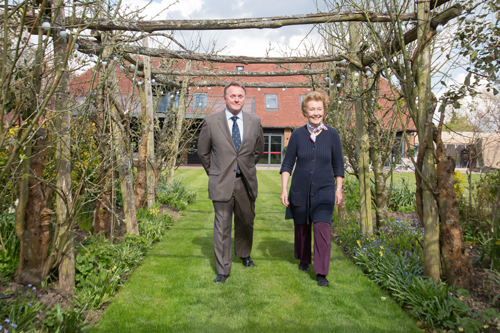 For Rod and Nicki (pictured above) the restoration of the gardens has involved them in a considerable amount of work and they were delighted that one of the original gardeners has helped advise on the planting. Rod points out: “Some of the current planting is not from the original scheme and was added at a later date, so over time we may remove some of this. As we have uncovered and reclaimed the garden, we have been discovering many plants and bulbs which have survived the wilderness years, so we want to take our time to ensure we give everything a chance to fully recover.”

The Garden’s certification as organic expired a number of years ago before Rod and Nicki bought the site and so the phrase has been dropped, however, they plan to manage the gardens as sustainably as possible using a minimal amount of pesticide on the advice of experts, where plants and trees are really struggling with pests and disease.

“There are a few changes which previous visitors to the site will see,” explains Rod. “For example, the apothecary garden will now be called the herb garden and the production garden will be increased in size slightly so both areas can provide more produce for guests to enjoy.”

The Gardens will also play a role to help educate and encourage the next generation of gardeners and horticulturists with training courses planned to run in conjunction with local schools and colleges.

You can find out more information about The Gardens by visiting; https://www.thegardensyalding.co.uk