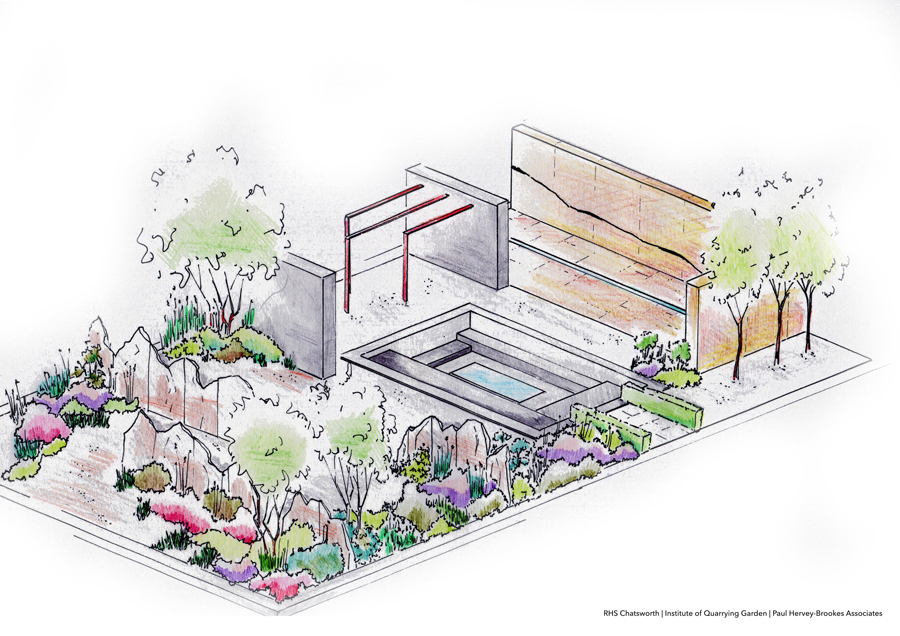 Horticultural students from Nottingham Trent University are assisting award-winning designer Paul Hervey-Brookes with the largest garden at the inaugural RHS Chatsworth Flower Show. The IQ Quarry Garden will take centre stage at the Show (7th to 11th June 2017) to showcase the hidden role that the mineral extractive sector fulfills in everyday life.

Students from the University’s School of Animal, Rural and Environmental Science, based at the Brackenhurst Campus, will be helping to create the garden, providing an amazing opportunity for the students to get hands on with a real project.

Four students have taken up the challenge and were given a brief for the project, creating mood boards, drawings and 3D plans of their ideas. Leonie Brown, course leader at Nottingham Trent University explains: “These were then presented to a panel, including Paul. Each student created their own interpretation of the design brief, which Paul subsequently developed into the final ‘Quarry Garden’ concept, drawing on inspiration from each student’s garden design.”

Now in its centenary year, Chilwell-based Institute of Quarrying (IQ) is celebrating by showcasing the role of quarrying at the show. James Thorne, chief executive at IQ points out that events such as RHS Chatsworth presents a great opportunity to engage directly with the public to share a positive message focusing on the really great things that the sector is involved in: “Quarrying is a big part of the local economy in Nottinghamshire,” says James.

“Many of the visitors at Chatsworth will probably be blissfully unaware of the level of extraction in their local communities and across the East Midlands. That’s partially because, as an industry, we’ve become very good at staying below the radar in the communities in which we operate. This can be a good thing, but it can also lead to misinformation. We need to get better at showcasing the good things we do,” he continued. 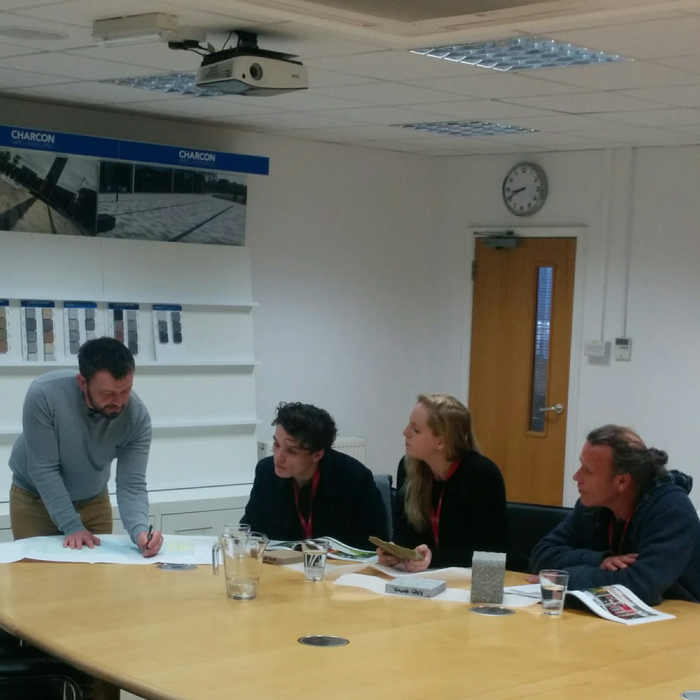 Final year student, Connie Cliff, is delighted to be able to test ideas with an award winning garden designer, even though it is quite nerve wracking: “Paul has been a fantastic mentor,” she says. “He was really enthusiastic about our involvement and gave us loads of encouragement, as well as constructive feedback based on his commercial experience. We’ve also had the chance to join Paul on a number of visits to his suppliers and seen how the process of bringing together a garden project works,” she continued. She pointed out that all the students are looking forward to seeing the garden in the setting of Chatsworth.

The Quarry Garden’s planting scheme is a mixture of UK native plants, naturalized plants and simple garden plants which create a beautiful ‘garden space, whilst actively increasing biodiversity and habitat potential.’ This fits well with the concept of nature after excavation and how it reclaims these spaces, often creating greater biodiversity than existed prior to extraction.

The design’s standout feature is an imposing 15m wide x 3m high sculptured stone wall boundary, with a horizontal fissure enabling visitors to view the garden through the wall. It will be created by artist Ann-Margreth Bohl and is called ‘Passing Light’.

When the show is over, IQ plan to repurpose the garden and the sculpture at the National Memorial Arboretum. This will provide a fitting and lasting tribute to the important role quarrying plays in the UK and global economy and the lives of the men and women who work in the minerals and extractives industries and who have given their lives for their country.

A number of quarry operators have sponsored the garden including Tarmac, Aggregate Industries and Handson. Bradstone is supplying paving for hard landscaping while slate is being provided from Delabole Slat Quarry in Cornwall. The main contractor for the garden will be GK Wilson Landscapes

The Duke of Devonshire, who is patron of IQ, is passionate about the project for the show. The sculptural wall will be made from the same stone that is being used to restore Chatsworth House, sourced from the Duke’s Burntwood Quarry on the estate.

The design certainly sounds striking and promises to be one of the main attractions at this new RHS Show. For more information see:
www.quarrygarden.org and www.rhs.org.uk/shows-events/rhs-chatsworth-flower-show