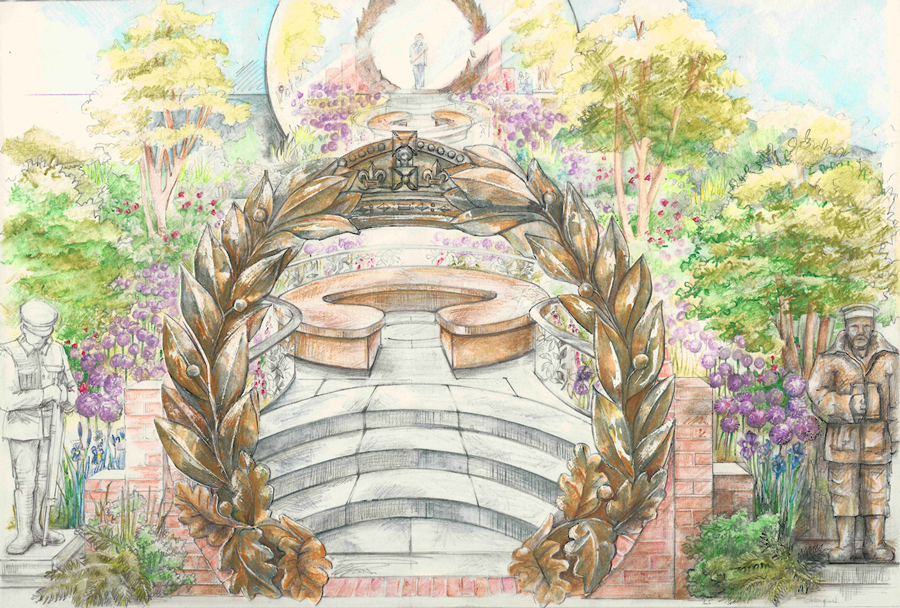 In 2017, the Commonwealth War Graves Commission (CWGC) celebrates its centenary. Today, it continues to care for more than 1.7 million war dead in more than 150 countries.

To commemorate this landmark and the work of the Commission, designer David Domoney will showcase an Artisan garden at the 2017 RHS Chelsea Flower Show.

The ‘Commonwealth War Graves Commission: Centenary Garden‘ will be accessed through an imposing circular arch. Portland stone steps lead to a raised platform from which a view over the garden is afforded. To the front are multi-stemmed trees, the canopy of which provides an area for quiet contemplation.

Horticulture has always been an essential part of the Commission’s commemoration of war dead, ensuring that cemeteries and memorials are places of beauty and quiet remembrance for the hundreds of thousands who visit them each year.

Commission artisans will be working on many of the built elements of the garden, which will incorporate materials used at many CWGC sites, including Portland stone and bricks hand-made in Belgium.

The Chelsea Artisan Garden coincides with the launch of a new charity by the CWGC to retain a human connection to its work and spread the message of its purpose in its centenary year. I feel sure the Chelsea artisan garden will help in this aim and bring the work of the CWGC to a wider audience.