How to make a wildflower meadow 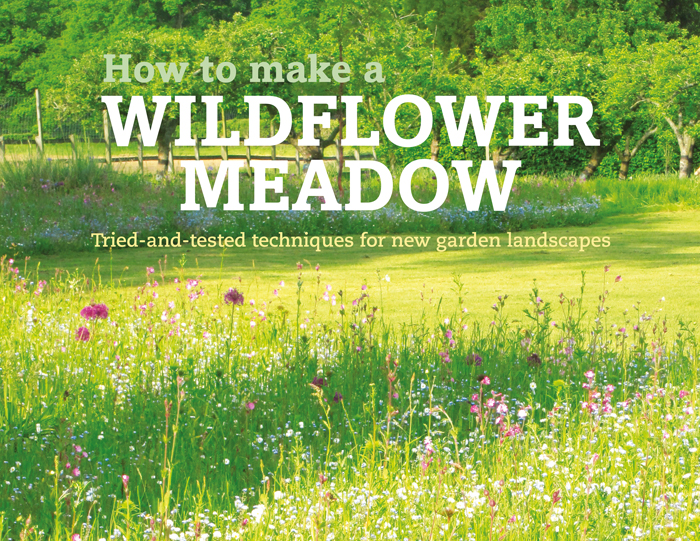 I’ve a particular interest in wildflower meadows, perhaps because I live in the North Pennines AONB, an area that supports 40% of the UK’s remaining upland hay meadows. This is reflected in my garden where I’ve created perennial meadow strips around a lawn. They are subtle in colour, but I often notice unrealistic and inaccurate pictures on seed packets, television or in books, showing vivid cornfield annuals or even tropical butterflies when referring to perennial meadows! 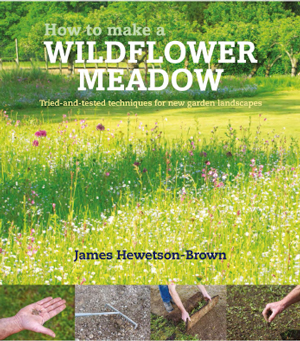 Now, this authoritative new book by James Hewetson-Brown should make a huge difference to the making of meadows and their successful establishment. Immensely practical and based on many years of experience, the subheading says it all – Tried-and-tested techniques for new garden landscapes. Here is someone who really knows what he is talking about and describes it with clarity and detail. With a Foreword by Alys Fowler, this book is a must for contractors and amenity landscapers as well as gardeners.

And as gardeners we can do much to help wildlife and preserve wildflowers. As Alys says in her Foreword “I’m always surprised to see statistics that show how, when put together, even small meadow areas in back gardens make a significant contribution to replacing the wildflowers we’ve lost due to intensive farming after the Second World War.” 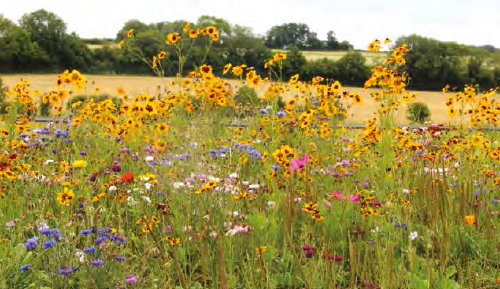 James Hewetson-Brown was an arable farmer before he began experimenting with wildflower meadows. In 2003 he started Wildflower Turf to grow readymade rolls of flower filled turf that make it easier to establish meadows without the problems of, for example, weed growth associated with seeding methods. The company has received a number of high-profile awards and supplied turf to major organisations, parks, councils, architects and for green roofs.

The first section of his book deals with practicalities: choosing the right method, planning, design and the all-important good site preparation. Step by step photos give clear illustration of different methods, for example, how to lay wildflower turf, make a green roof or establish ‘wildflower earth’ – a pre-mixed seeded growing medium. For large scale works such as roadside banks there’s hydroseeding, for small garden areas there’s plug planting or natural regeneration. Cost is gone into as well as the debate about native or non-native plants.

It’s especially useful to see a series of photographs of the different stages as a meadow matures and settles. All this helps to counter unrealistic expectations. Correct maintenance is essential and James offers a number of different cutting regimes according to the type of meadow or the aesthetic that is wanted. There’s very helpful problem solving advice about weeds, the over dominance of grasses or of a single species, water logging or even how to deter badgers! 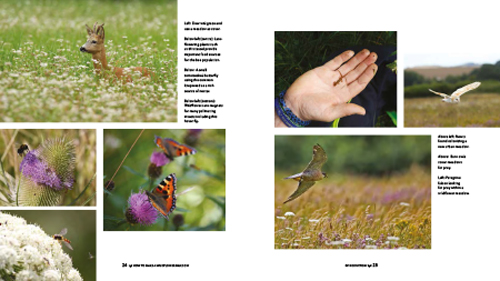 Following the practical stuff, there are 30 case studies. They vary from a narrow strip outside a house – and wouldn’t it be wonderful if everyone turned these into meadows – to the glorious planting around a house featured on Grand Designs. There are before, during and after photos of transforming steep banks, roundabouts and community projects, creating wildflower roofs, school meadows and front gardens. It’s particularly fascinating to see how the steep-sided Tor was greened for the Olympic opening ceremony and the planting of Dan Pearson’s beautiful Chatsworth House garden that won Best in Show at Chelsea in 2015.

The book is well designed and laid out, with clear type and lovely photographs. With its cutting edge techniques, it is practical as well as inspiring, an invaluable manual whatever the size of your garden or project.

‘How to Make a Wildflower Meadow: Tried-and-tested techniques for new garden landscapes’ by James Hewetson-Brown, is in hardback at  £20 ISBN: 978-0-9933892-3-8 and is published by Filbert Press.

Our guest reviewer Susie White, is a freelance garden writer and lecturer. Her own garden, with its naturalistic planting, often features in her Guardian Country Diary. www.susie-white.co.uk

Tags: How to plant a wildflower meadow