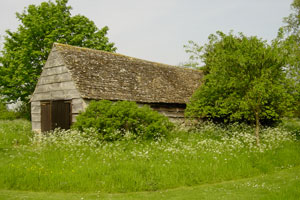 A recent survey by BBC Gardeners’ World Magazine has produced the shock findings that people are now unable to recognize the country’s most common trees, plants and flowers and it is a problem particularly pronounced in the young.

People performed slightly better with flowers with 34% recognizing five of the most common, but still two thirds did not know all the answers.

The findings are even more pronounced the younger we are with 16-34 year olds only having half the knowledge of those aged 50+. The most recognized tree was the oak with 91% recognizing it followed by a beech with 52%. Just 15% could recognize a birch.

Elder was the most recognized shrub but less than half respondents could recognize four of the other most common.

While 87% of those surveyed could recognize the bluebell and 93% a daisy only 43% recognized a campion.

Shown a list of other images, people were clueless as to what plants were native versus non-native. Those living in the South-East were the most knowledgeable followed by the South West and East of England, Yorks and Humberside.

Now, BBC Gardeners’ World Magazine has issued an urgent May Day alert on the findings and is urging the public to experience nature this month with a call to action to visit gardens. The magazine, this month, publishes its May issue with its 2 for 1 Gardens to Visit Guide.

Although we might not have awareness of nature, there is self-awareness of our limitations, with the nation rating itself an average of 5 out of 10 in terms of knowledge about the natural world, but nearly nine in ten of us recognise that an understanding of nature is important.  The survey results followed on from another survey in January that revealed that hardly any of us could recognise common bird songs.

According to Lucy Hall, Editor BBC Gardeners’ World Magazine: “We were saddened by the findings and the fact that, as a nation, we seem to be losing touch with nature. Things that used to be common knowledge and part of our common folklore seem to be passing people by. The encouraging thing is that despite the lack of knowledge of the natural world, we all see it as of vital importance. The world around us is more amazing than any screen, the best 3D experience of all and we are urging people to get out and experience it. Connect with nature, not just technology.”

According to gardening broadcaster and presenter Alan Titchmarsh: “It is worrying that the next generation is not being awakened to the delights of the great outdoors ­ once common knowledge but now a mystery to millions more familiar with Facebook and Twitter. I was born in an age when tweeting was something that sparrows did and a mouse was something that made a hole in your skirting board. But to modern eyes, the sight of birch, campion, horse chesnut and hazel is now alien.”

He continued: “If we have no knowledge of the world around us, how are we able to defend its future properly? We can’t turn back the clock, but we can ensure that our knowledge of the living world is not lost. It’s high time the population was reconnected with nature.”

*The survey was carried out with 2,194 respondents.