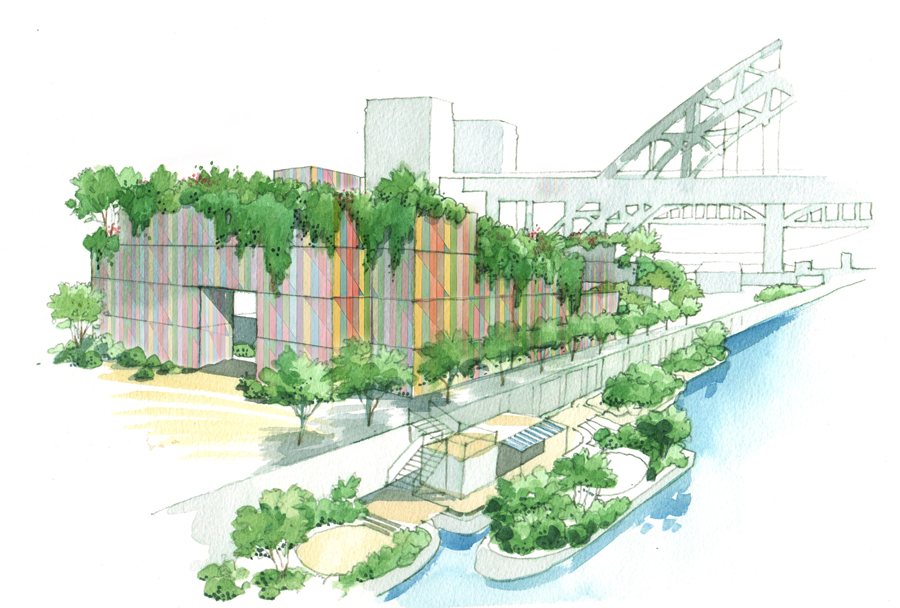 What could be the largest container garden in the world, planned for the banks of the Tyne on Gateshead Quays, has been unveiled by Chelsea gold medal winning garden designer, Diarmuid Gavin.

Plans for the garden, described as ‘majestic and unique’, have been submitted to Gateshead Council and if given planning permission approval would open in June 2018. The temporary installation forms part of plans for the Gateshead Quays Development which aims to bring together cultural and social initiatives working alongside local businesses. The development will create a key visitor destination for the 2018 Great Exhibition of the North and the NewcastleGateshead World Transplant Games in 2019. 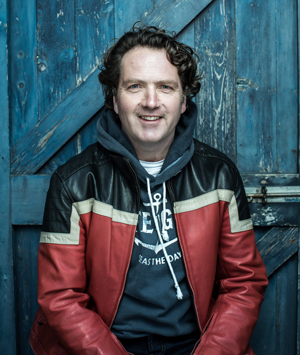 Diarmuid’s ambitious designs comprise a walled terraced garden, created from 90 shipping containers set in rectangular form. Inspired by the concept of a traditional walled garden, the urban oasis will be planted with a wide variety of ornamental and agricultural species with internal vertical walls covered with a range of herbs, vegetables and ground-cover species.

Six-metre high, shaped Carpinus, would form the primary architectural planting and create dramatic structure. These will be dotted throughout the multiple levels of the scheme, while groves of multi-stemmed birch will emerge from underplanted drifts of flowering perennials.

‘Fields; of wheat, corn and hops will be planted in potato crates at ground level and each container terrace will be adorned with individual mixed plantations of both ornamental and productive species. The garden would have two main areas – the Plaza Garden and The Main Garden.

Diarmuid points out that he wants the incredible living structure to create a sense of awe and to contribute to the rich tapestry of the area, representing its culture, innovation, artistic life and business nous: “This is an attraction that builds on the heritage of the last great North-East Coast Exhibition which sets out a story of a proud history and a visionary future of Newcastle and Gateshead in particular,” he says.

The project is commercially funded through private investment and commercial opportunities which are being raised by the developer. Gateshead Council already has ambitious plans for Gateshead Quays which include a 12,500 seat regional arena and conference and exhibition centre, plus hotel, bars and restaurants due to open in 2021. 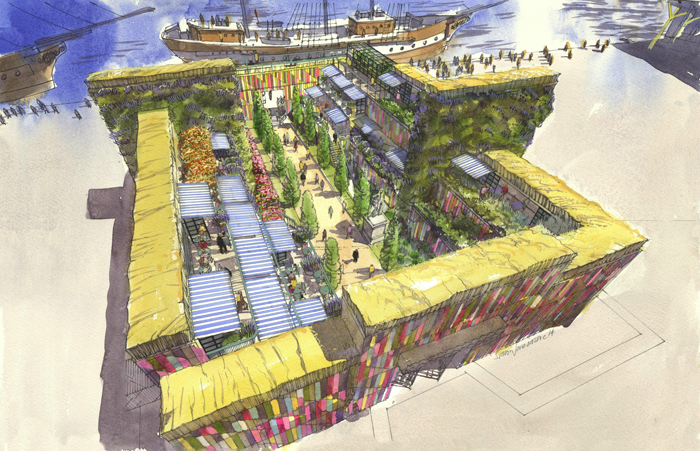 Sir Gary Verity, Great Exhibition of the North chair, points out that the project is ground-breaking and would be an exciting addition to the plans for Great Exhibition of the North: “We’re looking forward to exploring how we can showcase great Northern art and culture, design and innovation through, and within the urban garden next summer,” he says.

It is estimated that over 200,000 people could visit the site annually and up to 100 people would work at the site with the garden being maintained by National Trust gardeners and volunteers.

The planning application for the scheme will be considered by Gateshead Council’s planning committee later this year.

For further information and to view a computer animated video showing a fly-through of the proposed urban garden visit: www.gateshead.gov.uk/urbangarden