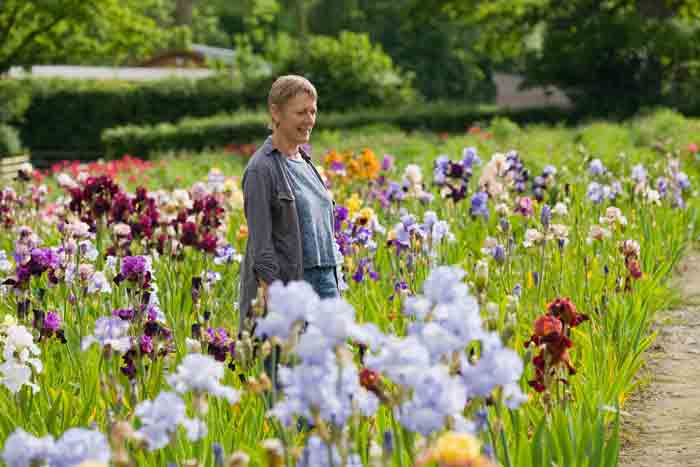 For the first time in over a decade, Claire Austin plans to show mixed perennial borders at the 2016 RHS Chelsea Flower Show, reflecting the true nature of her hardy perennials nursery.

Claire will demonstrate how to blend the blousy blooms of bearded irises and herbaceous peonies, for which she is renowned, with a tapestry of her favourite late spring-flowering perennials.

“I am really excited about my exhibit at Chelsea this year,” says Claire Austin, who won an RHS Chelsea Gold medal in 2015. “Peonies and irises may be the show-stoppers, but people are often nervous about how to use them in their own gardens. By creating beautiful plant combinations of perennials I am passionate about, I’m hoping to inspire people to try the ideas at home, whatever the size of their garden.”

Among the contenders vying for a place on Claire Austin’s Chelsea exhibit are Geranium ‘Stephanie’, Geranium ‘Prelude’, Nepeta ‘Early Bird’, a new variegated Astrantia major ‘Star of Magic’, Prunella grandiflora ‘Altenberg Rosa’, euphorbias, centaureas, geums and Lamprocapnos spectabilis. The plants are currently being nurtured in Claire’s brand new single span polytunnel on her Sarn nursery, 700ft above sea level, and the final selection will depend on the weather.

Having grown perennials in 8 different gardens and on 5 different nursery sites over the past 30 years, Claire has acquired an extensive, personal knowledge of the pick of the perennials. Her book, ‘Claire Austin’s Book of Perennials’, won the Garden Media Guild Award for Reference Book of the Year upon its release last year, and features 805 perennials that Claire has grown and recommends. 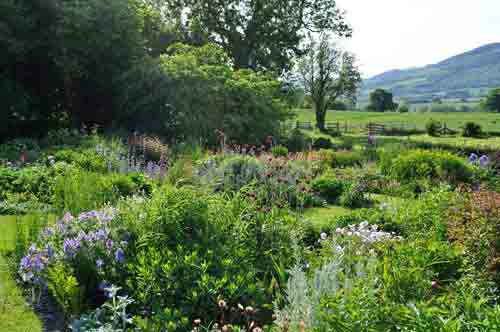 Claire Austin’s Nursery at Newtown, Powys, will host two open days on Saturday 4th June 10am to 4pm and Thursday 16th June. Signed copies of her book ‘Claire Austin’s Book of Perennials’ will be on sale to visitors.

Entry to the nursery in the idyllic rural location of Sarn near Montgomery in mid-Wales will be free and visitors will be invited to wander among the National Plant Collections of Bearded Irises and Herbaceous Perennials and the stunning perennial borders in Claire’s private garden. Claire and her team will be on hand to give advice and visitors will be free to select and purchase potted plants straight from the mail-order nursery beds.

Details about the nursery can be found on the following link: https://www.claireaustin-hardyplants.co.uk