Monet’s Garden – Through the Seasons at Giverny 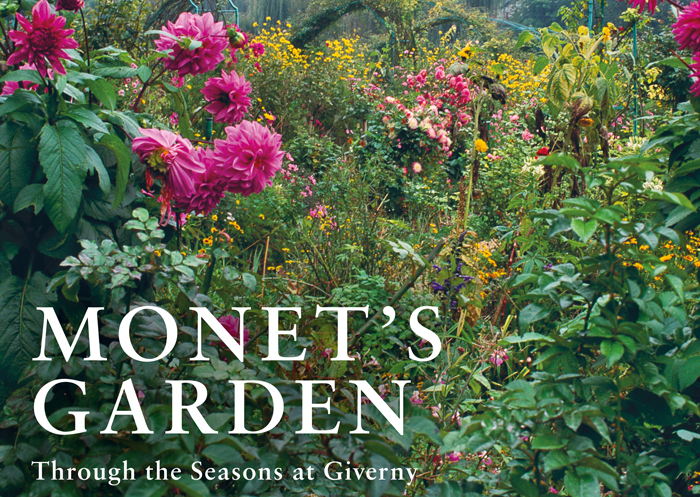 When Vivian Russell’s original book on ‘Monet’s Garden’ was published in 1995, it was awarded Book of the Year by the Garden Writers’ Guild. The arrival of a new paperback edition is therefore more than welcome and will bring alive this wonderful garden to a whole new generation of gardeners.

Venturing behind the scenes to chart the history of one of the world’s most iconic gardens, linking the world of Monet the artist with Monet the gardener, ‘Monet’s Garden’ traces Giverny through the changing seasons, paying attention to the atmosphere and the light that so preoccupied Monet and became the focus of his life as a painter. 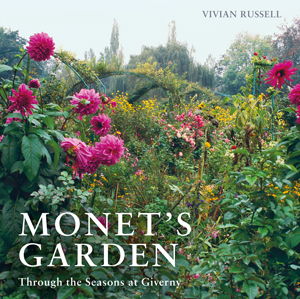 Louis Gillet is quoted in the book as saying: “It was in summer that one should have seen him, in this famous garden that was his luxury and his glory and on which he lavished extravagances like a king on his mistress….”

This seems to sum up every gardener’s love and indulgence on their garden and as you work through the pages of Russell’s superb book, the reader cannot fail but to have that same empathy for this special place.

The author takes care to analyse the work done by Giverny’s present-day gardeners, revealing the practical techniques of maintaining one of the most-visited garden in the world and being charged with the difficult challenge of maintaining a balance between conservation and the sheer weight of visitor numbers.

For the reader, the benefit of this analysis enables us to create planting schemes inspired by Giverny in our own gardens.

As we follow each season, Vivian Russell’s evocative photographs record the horticultural wizardry that makes Giverny so special. The photography throughout the book is outstanding and brings to life the very special atmosphere of the garden so beloved by Monet.

The book is divided into five chapters, the first of which looks at Monet as a poet of nature. The second chapter deals with winter and the aftermath of Monet’s death in 1926. Next, the reader is brought into spring, followed by summer and then autumn. Within each chapter the reader will recognise the rhythms of a garden, its demands, tasks and routines and you find yourself experiencing a sort of harmony with the gardeners as they work through each season. 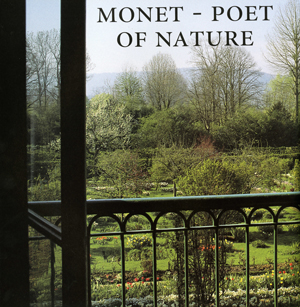 One of the strengths of this book is the author’s vivid account of how the garden was conceived and run by Monet. She has used a wealth of sources to bring new light on the artist as a ‘fastidious and inspired’ garden maker.

The book is also stimulating in several ways, not least the sharing in one man’s passion for his garden but also in sharing the delight of so many wonderful plant varieties. My interest in dahlias has been reawakened by the vivid photography of Cactus dahlia ‘Jolie Normande’ and Cactus dahlia ‘Hayley Jayne’. Similarly, as a rose lover I have been intrigued to discover varieties such as R. ‘Crimson Shower’ and ‘Centenaire de Lourdes’.

We discover too that Monet’s garden was not just about planting flowers but also had to work to provide food for the family and so they were often busy planting vegetables. He was not a rich man when he arrived at Giverny, and he is quoted as saying: “My salon was the barn. All of us worked in the garden. I dug, planted, weeded and hoed myself; in the evenings the children watered.”

In fact, we find that sometimes he was too busy gardening to paint! As time moves on we come to share in his arguments about whether to do this or that in the garden and can identify with the problems of whether to remove an avenue of trees or reduce their height.

This is a very in-depth study of a very special garden and I found it a sheer joy to follow the seasons through Vivian Russell’s prose. Monet’s Garden – Through the seasons at Giverny,- is the author’s fourth book on Monet. A writer and photographer, she lives in Cumbria.

‘Monet’s Garden’ by Vivian Russell, is published in paperback by Frances Lincoln at £16.99 and is due for publication mid July 2016. www.franceslincoln.com