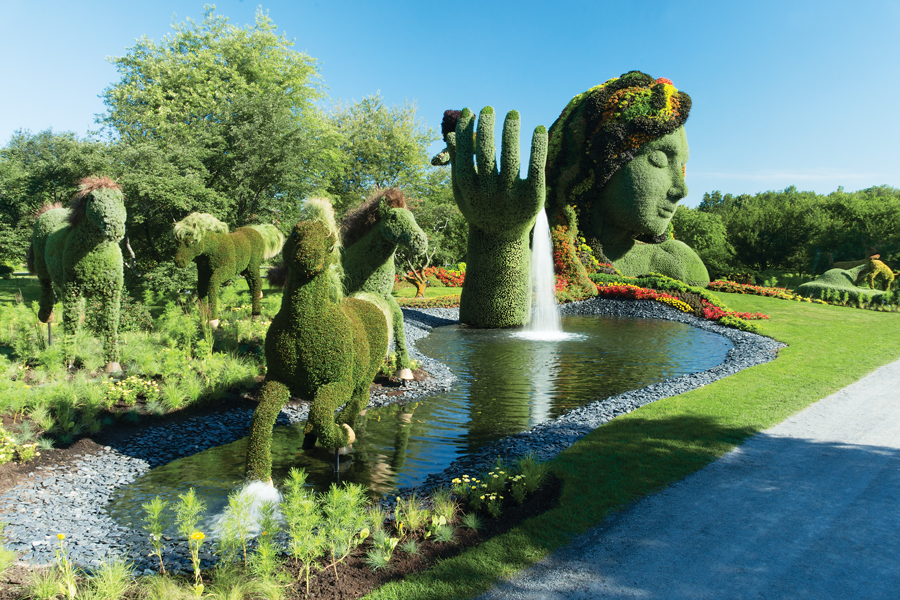 ‘Mosaïculture’ combines sculpture, art and horticulture as a means for creating living and changing artworks with living flora. The theme of the Gatineau exhibit will reflect 150 years of history, values, culture and arts in Canada, represented by some 40 different arrangements as the country celebrates its 150th anniversary.

This impressive free garden event runs from 1st July to 15th October 2017. It takes the visitor on a one-kilometre stroll through the exhibits.

The event aims to bring people together to inspire and celebrate the shared values and achievements of Canada as it celebrates its 150th anniversary. 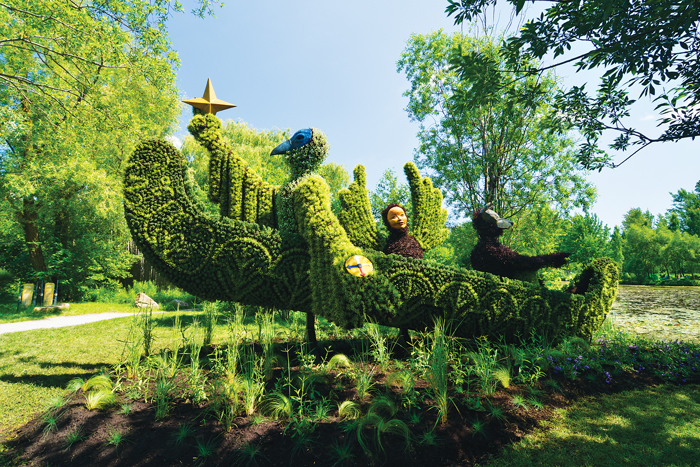 Organised by Mosaïcultures Internationales de Montréal, the event includes two components – organizing a mosaiculture exhibition at Jacques-Cartier Park in Gatineau and developing spaces to highlight the 150th anniversary of the Confederation in the capital city of every province and territory in the country. Works representing each province and territory presented at Jacques-Cartier Park in 2017 will be installed in the 150th anniversary location in 2018.

MOSAÏCANADA 150 – Gatineau 2017  will welcome visitors and members of the public with an experience of urban and horticultural art that is out of the ordinary and will demonstrate Canadian savoir-faire and the creativity of the team at Mosaicultures Internationales de Montreal, as well as representatives of the provinces, territories and Canada’s indigenous peoples.