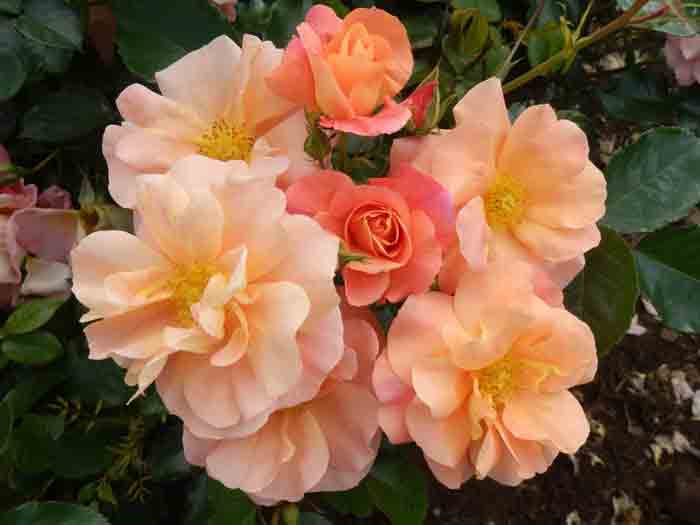 Dickson Nurseries, based in County Down, Northern Ireland, has developed a new rose for the Modern Slavery Garden at this year’s RHS Chelsea Flower Show. The ‘Modern Slavery Rose’ will be launched on the garden at the show on Monday 23rd May.

The garden, designed by Juliet Sargeant, includes bright front doors and colourful planting, which illustrate the ordinary streets where we all live. But there will be a darker centre to the garden, which hints at a hidden reality; people still being kept in captivity and forced to work, in every part of the UK today.

The Modern Slavery Rose is intrinsically linked with the meaning and message of the garden, which is ultimately a celebration of the British Parliament passing the Modern Slavery Act which became law in March 2015. The garden looks forward to a day when there are no slaves.

The rose is a floribunda with reddish-orange blooms with a hint of yellow. It will thrive in most weather conditions and primarily flowers between June and late October. Perhaps she will exceed expectations and bloom in late May, British weather permitting!

For information on the Modern Slavery Garden log onto www.modernslaverygarden.com