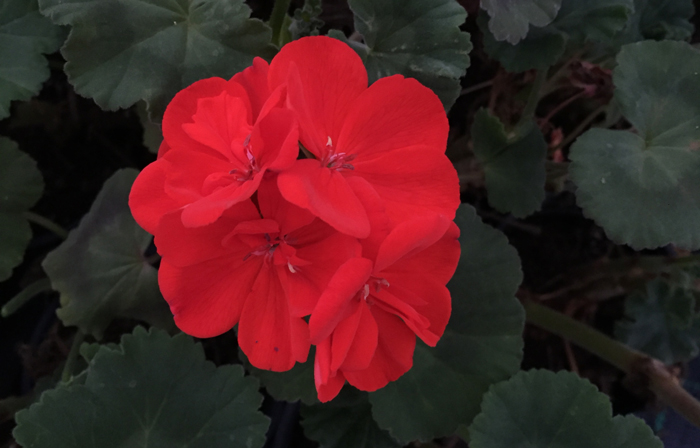 The once, much sought after pelargonium ‘Gustav Emich’ (pictured above) is making a long awaited return this spring thanks to mail order growers “Allwoods”.

In 2012, a retired gardener, who had worked on the gardens at Buckingham Palace, gave David James, (owner of Allwoods), a plant to enable it to be kept alive rather than see it lost for all time, as it was no longer being grown commercially.

In its hey-day ‘Gustav Emich’ was grown in the thousands to plant in and around the garden borders of many parks and stately homes. Now Allwoods, a long standing family firm, have been rebuilding the stock of this stunning pelargonium variety which has large showy blooms and rich velvety red flowers that are the same shade as the palace guards’ uniform.

‘Gustav Emich’ will be making its debut in spring 2016 and is sure to become a great favourite once again. Its unusual dark foliage contrasts brilliantly with the red blooms and the plant’s showy blooms means you can fill a large garden border with minimal effort. ‘Gustav Emich’ is available to order from Allwoods.

I love dark red pelargoniums so I was also attracted to a variety introduced last autumn – ‘Bornholm’ – with claret red rosebud flowers and striking veined leaves. Growing several together in a pot will be sure to create a stunning collection so we recommend this as one to consider for 2016. 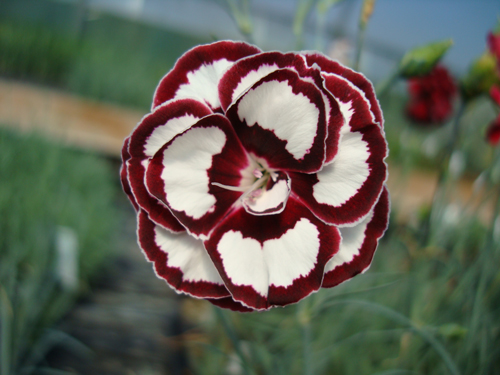 For lovers of garden pinks, Allwoods have a newly listed variety – ‘Castle Royal Sceptre’ –  (above) which is a stunning laced variety with a good clove scent. It is a plant which catches the eye with its white ground and deep crimson picotee.

Allwoods are well known as the leading growers and suppliers of Dianthus and still hold the largest collection of these varieties in the world. But since 2012 their range has increased by some 400+ varieties as they now stock a rare and unusual collection of Pelargoniums thanks to David’s family collection. 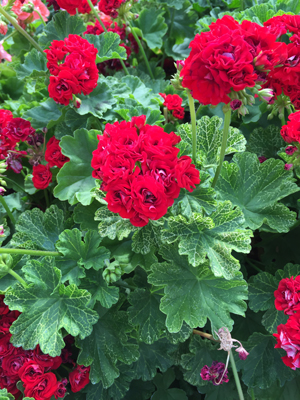 You can order these varieties and more by logging onto Allwoods website at: http://www.allwoods.net