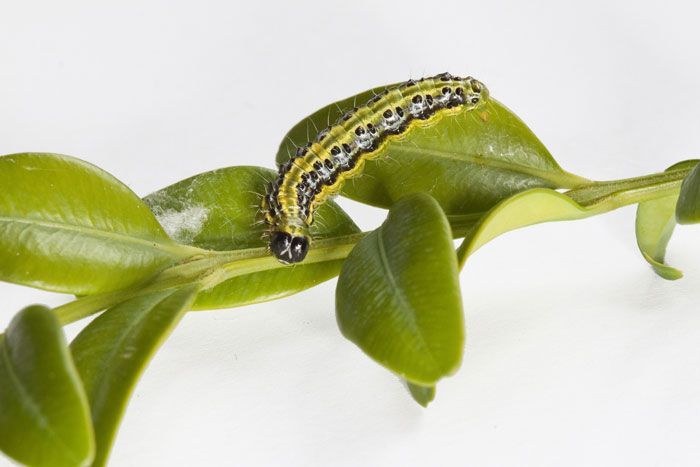 It’s that time of year again when we learn from the Royal Horticultural Society (RHS) the top 10 garden pests and diseases which have affected gardeners during the previous year.

The results for 2015 show that for the first time in nearly a decade slugs and snails did not top the list as the most troublesome garden pest. The title of top pest of 2015 has gone to a native of East Asia that was first discovered in the UK in 2011, the box tree caterpillar (pictured above).

A voracious feeder of box (Buxus), the larvae of the box tree moth are 4cm long and feed on the leaves of the host box plant under a blanket of pale fine webbing which can cover infected plants. First found in 2011 the pest is now prevalent in the home counties and is spreading across south-east England.

Although not the number one reported annoyance for gardeners in 2015, snails and slugs come out a strong second with enquiries to the RHS  remaining high. Slug and snail damage mainly occurs in spring and autumn but can become a problem during any damp period with the creatures affecting a wide range of ornamental plants and vegetables, especially potato tubers, hostas and daffodils, with seedlings being particularly susceptible. 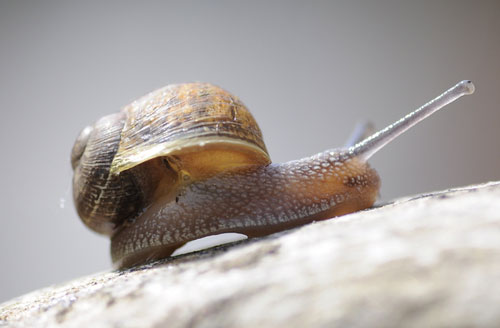 Honey Fungus remains in the list, for the 20th year running, as the most commonly reported garden disease, with its presence recorded on 76 plant genera in 2015. The characteristic symptom of the presence of honey fungus is white fungal growth between the bark and wood, usually at ground level. Clumps of honey coloured toadstools sometimes appear briefly on infected stumps in autumn.

Box plants don’t seem to be having a good time at the moment as the second most reported plant disease to the RHS is box blight, caused by the fungus Cylindrocladium. The blight leaves plants with bare patches and die-back. It has become the scourge of hedges, parterres and topiary and poses a serious threat to the UK’s horticultural heritage, as box plants provide the structure of many historic formal English gardens. High temperatures and rainfall over the spring saw a spike in enquiries to the RHS about box blight, as the environmental factors combined to create the perfect condition for the disease to thrive – warm wet weather in December saw an unexpected increase in enquiries as well, at a time when cold weather would have suppressed the disease. 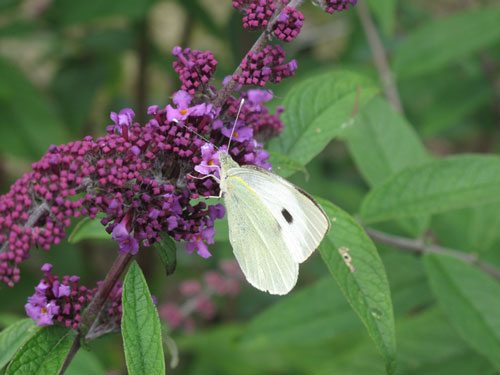 The RHS point out that as in previous years, the close relationship between the weather and the presence and longevity of garden pests and diseases was evident. During 2015 the UK experienced its hottest-ever day and the warmest and wettest December on record. December 2015 saw temperatures reach those usually associated with April and May.

RHS Head of Plant Health Gerard Clover said: “Dealing with pests and diseases is a reality for gardeners, but by sharing their observations, insights and samples with RHS scientists they are helping us identify those areas where we need to focus our research efforts to better control pests and diseases.

“We are currently undertaking research that we hope will mean that slugs and snails will become less of a problem in the future, as we work to determine the most effective ways of controlling them.

“The project will provide gardeners with the robust, evidence based information they’ll need to confidently take on slugs and snails. We are also working with the National Trust, whose properties include many historic gardens, to manage the threat of box blight and are looking to identify ways to mitigate the effects of box tree moth.”

The Top 10 list is based on enquiries received by the RHS Gardening Advice team during the previous year.

You can learn more about garden pests and insects and find other advice on the RHS Website at: https://www.rhs.org.uk/advice