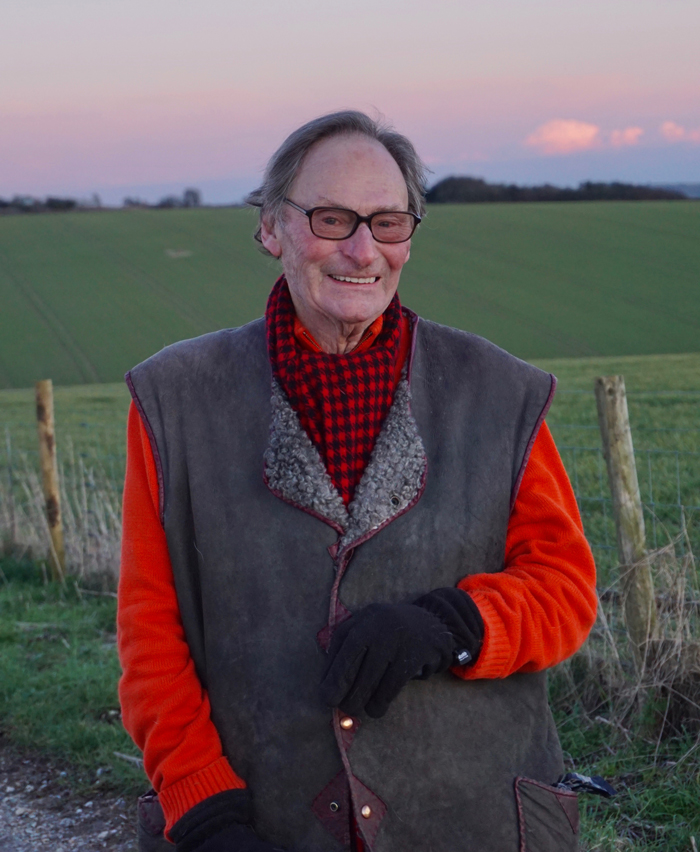 The Society of Garden Designers has paid tribute to the late John Brookes, an icon of garden design. We  reproduce in full, their tribute below, written on behalf of the SGD Council, by Andrew Duff, MSGD.

‘I strive to create proportions that are correct in the design to realise a comfortable space for whoever the user, and to ensure that the house which the design surrounds sits comfortably within its embrace’.

An icon of garden design, it is not an exaggeration to say that John Brookes FSGD MBE has influenced us all as designers. Brookes enjoyed a breathtakingly diverse and broad career from the late 1950’s working until his death last week leading the way forward from traditional to modern garden design.

His association with gardens started with his parents, growing vegetables for the family table during the war and then doing a three-year apprenticeship with the Parks Department in Nottingham.  The last six months of this apprenticeship was with a Dutch landscape architect from whom Brookes learned the practicalities of design, including drawing, and who encouraged him to approach Brenda Colvin for a position in the office she shared with Dame Sylvia Crowe and with whom he worked after Colvin retired. It was in their Baker Street offices that he was exposed to the art and people that continued to inspire him for the rest of his life.

It was through Crowe and Colvin that Brookes met many of the great names in our profession, like Sir Geoffrey Jellicoe who subsequently introduced him to Roberto Burle Marx whose flowing organic landscape designs informed many of the larger gardens he designed as well as the lines of his own garden at Denmans in West Sussex.  Brookes was also inspired by the Californian designer, Thomas Church, who reinforced Brookes’ ground-breaking appetite for creating gardens which were no longer simply outdoor spaces but were extensions of the home, the local vernacular and the lifestyle of the client.

Brookes sensitivity to clients’ needs meant that the gardens he created were not merely meeting the brief but also creating spaces which could enrich all those who used them. 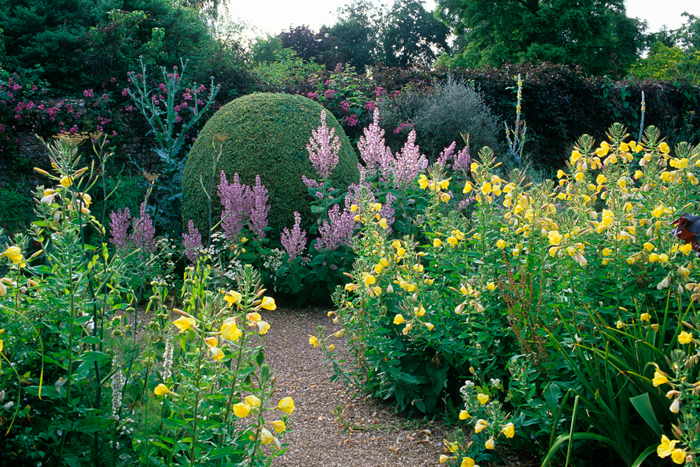 In 1962 Brookes designed his first public exhibition garden at The Royal Horticultural Society Chelsea Flower Show. The Concrete Association Garden sponsored garden was the first garden to feature at Chelsea designed by a garden designer and to showcase a design for living rather than horticultural worship.  The outline of the design was based on a basic rectilinear layout realised in various concrete products.  Pedestrian paving slabs were used for terraces mixed with the latest technology for creating thin sculptural seating and containers.  The garden had to be functional as well as aesthetic and so areas for composting, potting up cuttings all mixed fluidly with spaces to relax and entertain.  The garden has parallels with the work of architect Mies van der Rohe and the artist Piet Mondrian and this use of clear simple line would become a trademark of Brookes’ designs.

John Brookes FSGD MBE generously shared his novel design approach with the world in his first book, ‘Room Outside’ in 1969. This was to be a pioneering book for Brookes, as it announced a new way of thinking for British gardens, the garden was no longer just a place to grow flowers and vegetables, the garden was a place to enjoy and to live in.

Brookes commissions read like the Who’s Who of gardens.  He designed, to name a few, Fitzroy Square and Westminster Abbey in London.  Barakura English Garden in Japan and The Chicago Botanic Garden in America. Arundel Castle in West Sussex and, in his final years, a Patagonian modernist estate in Argentina.

During most of his professional life Brookes’ playground was his own garden Denmans in West Sussex. He took over the garden from the horticulturalist Joyce Robinson whose creation of dry river beds and technique of planting in gravel reflected his own use of gravel, which he began using in the early 1960’s. Denmans allowed Brookes a place to explore and experiment giving himself a freedom he gave to so many of his clients.  Awaking at sunrise Brookes would often be seen, as he called it, ‘editing’ his planting leaving large piles of plant matter in his wake. 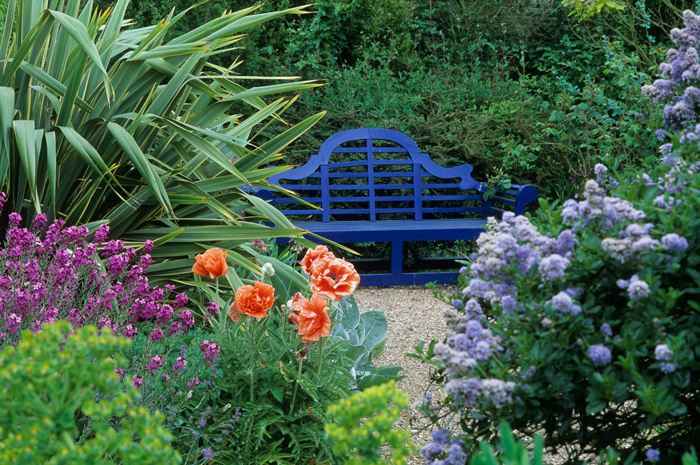 John Brookes FSGD MBE will be remembered for his extensive writings, lectures and his ability to communicate garden design to the masses.  Above all he showed us that ‘a line is not simply a line but a conversation’.

Denmans will reopen to the public beginning in June after a period of renovation.  It will be owned and operated by the John Brookes-Denmans Foundation.

Written by Andrew Duff MSGD on behalf of the SGD Council