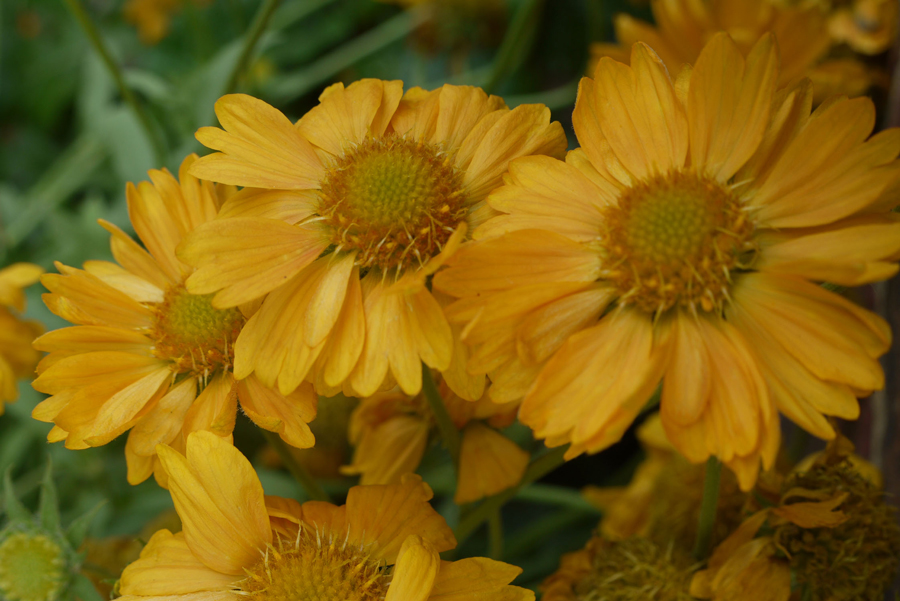 In 1988, newly-weds Rosy and Rob Hardy were selling home grown plants at a local car boot sale! Fast-forward 30 years on, and Hardy’s Cottage Garden Plants has not only gained an international reputation as one of the UK’s leading independent plant nurseries but also as the proud holders of 22 prestigious Gold medals at RHS Chelsea Flower Show.

The 2018 RHS Chelsea Flower Show will see them celebrating both the Nursery’s and their own Pearl Anniversaries and as part of the celebrations they will be bringing along some exciting new plant introductions.

As befits a double celebration, Hardy’s will be unveiling two new herbaceous perennial plants on their Chelsea Stand in the Great Pavilion. The first new introduction, a Gaillardia, has been bred by Rosy at the family run Nursery in Freefolk, Hampshire and the second introduction, Polemonium yezoense ‘Kaleidoscope’ has been bred in 2001 at Dunmore Nursery.

Gaillardia ‘Apricot Honey‘, (pictured banner above) which Rosy has been evaluating and propagating for over two years at the nursery is 70cm high and produces large, soft apricot flowers throughout the summer. It has an elegant free form and gently arching habit making it ideal for the middle of a warm sunny border, or in a large container. 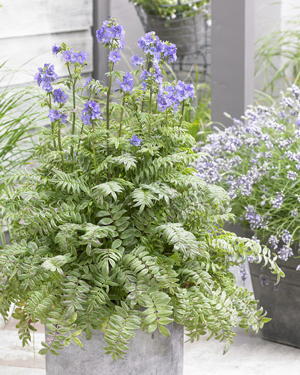 The Polemonium yezoense ‘Kaleidoscope‘, (pictured left) is a striking plant and one sure to attract attention from Chelsea visitors. Ots foliage emerges cream flushed, deep pink and red maturing to bronze green with creamy yellow variegation, maintaining a pink flush. It has purple flowers reaching 60cm and it makes a good compact plant for the front of a sunny or partially shaded border or in a container.

Commenting Rosy Hardy said: “We are delighted to be returning to RHS Chelsea Flower Show in 2018 and being able to celebrate the two 30th anniversaries. Those three decades have flown by and in that time we have appeared at more than 300 RHS Shows and introduced over 100 new plants. So, we are delighted to be able to celebrate with the introduction of two more beautiful perennials, which we feel sure gardeners will love to grow.”

She continued: “Over the years we have seen our plant displays at Chelsea change a great deal. We used to have small island stands for visitors to walk around, but in recent years, we have created much larger, walk-through displays, so that visitors can be up-close to the wide range of herbaceous perennial plants.”

For the 2018 Chelsea Flower Show, the Hardy’s stand will be supported by Marshalls who are providing much of the hard landscaping for the stand.

Rosy points out that it doesn’t matter how many times they exhibit at RHS Chelsea there is always the same sense of excitement and anticipation as the plants are grown and brought together to create the exhibit: “We are really looking forward to celebrating our Nursery’s 30th Anniversary and our Pearl Wedding Anniversary with all the visitors to Chelsea, but I guess it is gold and not pearl we will be aiming for from the judges,” adds Rosy. 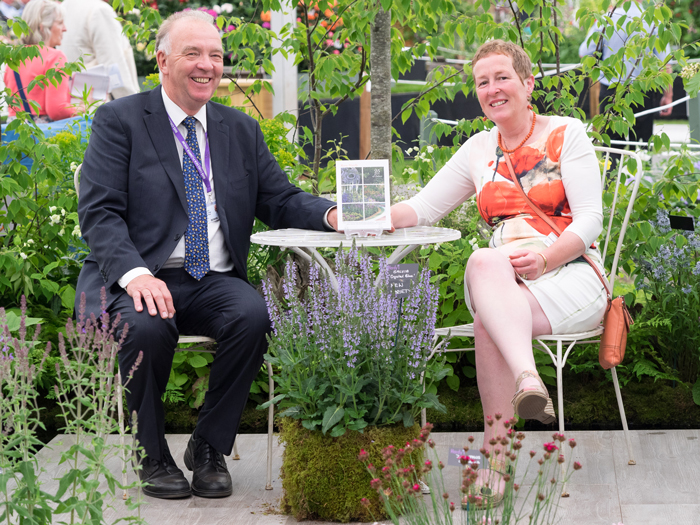 We wish Rosy and Rob well and feel sure that once again visitors will be treated to something special on the Hardy’s stand. Also time to offer our congratulations on both the anniversaries – Chelsea just wouldn’t be Chelsea without them.