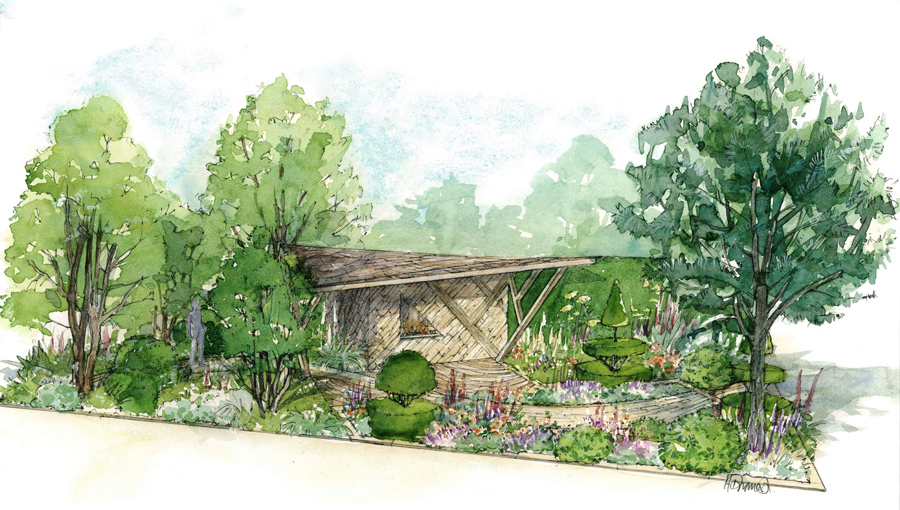 Reckless Gardener takes a look at some of the show gardens that will live on after RHS Chelsea 2017.

There is a sense of satisfaction when you know that a show garden will have a life and live on after it has served its purpose at a flower show. Several of the gardens at this year’s RHS Chelsea Flower Show will be moving onto new homes, in one form or another, once the show closes its doors to the public. 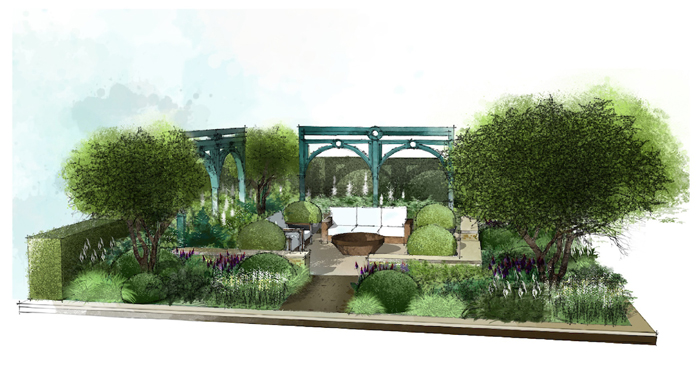 Designer Lee Bestall’s garden,(above) for sponsor Capco, – ‘500 Years of Covent Garden‘ influenced by Covent Garden through the ages – will see elements of the garden given a home on the iconic Piazza that provided its inspiration. The retired apple trees, planters brimming with floral displays and furniture from the show garden will be relocated to Covent Garden’s Piazza to entice shoppers to sit and enjoy the floral oasis. 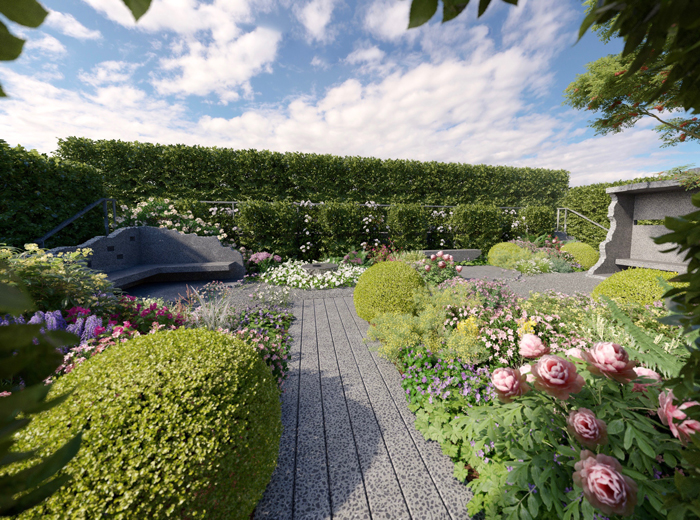 The ‘Linklaters Garden for Maggies‘ (above) designed by Darren Hawkes, sponsored by Linklaters, will have a life beyond the show when plants and other elements of the garden will be used to create a garden for the new Maggie’s Centre, currently under construction at London’s St Bartholomew’s Hospital.

The new garden, which has also been designed by Darren, will have the same sense of enclosure and stillness as the Chelsea garden design and provide a lasting legacy for the Charity when it opens later this year.

The garden is being donated in its entirety to Groundwork, a community charity who will redesign and re-purpose the garden, through several different educational community schemes in East London. Consistent with the sponsor’s support for education, Groundwork offers young people training apprenticeships, job opportunities and experiences that will last a lifetime.

The ‘RHS Greening Grey Britain Garden‘, (above)designed by Nigel Dunnett, will live on in a public space to be enjoyed by a local community. For the first time, the RHS has launched a national initiative, inviting community groups across the UK to enter for the chance to transform a plot that can be accessed by the public. Schools, hospitals, hospices, gardening and resident groups were all invited to apply. The winner will be announced during the show. A contractor will prepare the site for the Garden to be relocated at the end of the RHS Chelsea Flower Show in early June. Nigel, together with RHS Chief Horticulturist, Guy Barter, and a team from the RHS will help set up the garden with the winners to create a new community facility.

All these gardens will bring immense pleasure to visitors at RHS Chelsea and it is pleasing to know that they will go on bringing pleasure long after the crowds have gone home.