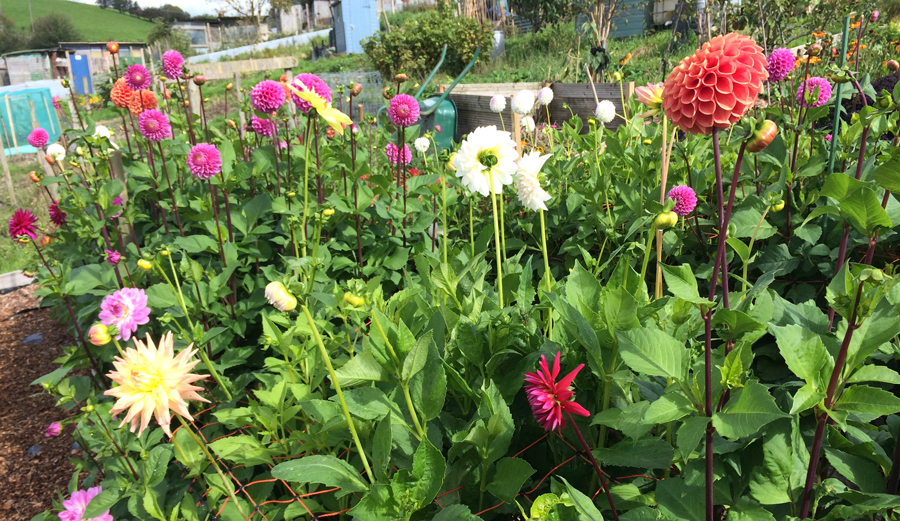 Sandy Felton meets a young grower of dahlias whose love of horticulture and the dahlia in particular is inspirational and very heartwarming.

When I first met Cody Smith (16) he was selling a dazzling array of dahlias outside my local supermarket. He was about 13 years old at the time and I was impressed by his awesome knowledge of dahlias, their habits and varieties.

I have met up with him every year since, at the same supermarket, and always gone home with an armful of splendid blooms. However, ever the journalist, this year I determined to find out more about only to discover he didn’t live far from me in Cumbria. He readily invited me over to see his allotment, perched on a high hill with stunning views over the countryside to Morecambe Bay.

Many of us start gardening as children and for Cody this was no exception: “I was about five or six when I started helping my mum, Julie and she encouraged my gardening. By the time I was 10 I had my first small allotment. That sort of started it and then after about four years I moved to a full allotment,” he explains. 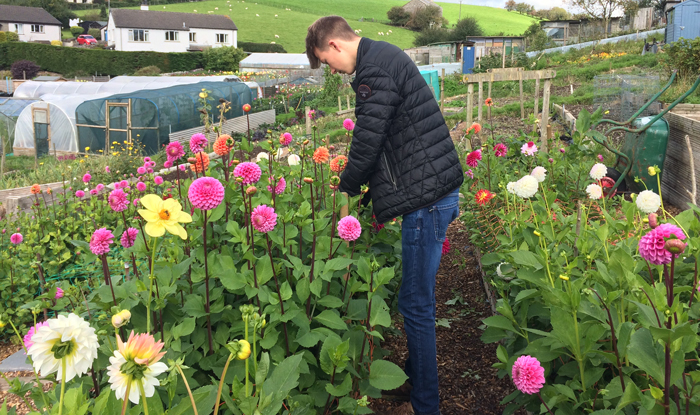 Then he came under the influence of Jack Gott, a well-known Cumbrian dahlia breeder. Jack has been growing and selling flowers for more than 45 years and he found in his protégé a willing learner. For Cody, the experience, knowledge and inspiration gained from his unofficial tutor, was priceless.

Cody grows on a high, exposed site where the wind comes off from the coast and I was amazed at how well he manages to grow his blooms. He dismisses this with a wave of the hand and points out that if the wind batters them he is not too fussed. He enjoys propagating, finding this really rewarding and admits he only gets stressed when he is due to show his dahlias: “I leave a plant to it and let them do their own thing,” he says. A true Reckless Gardener then. “If I have planted something in the wrong place I won’t rip it out, I just leave it – I try to go with nature where possible“.

He hopes to get poly tunnels next year to help with the growing conditions on the site and as I looked across the allotments I could see that this was a preferred method of growing in the prevailing conditions. Cody explains that all his spare time is taken up with his allotment, so he still welcomes a helping hand from his mum. 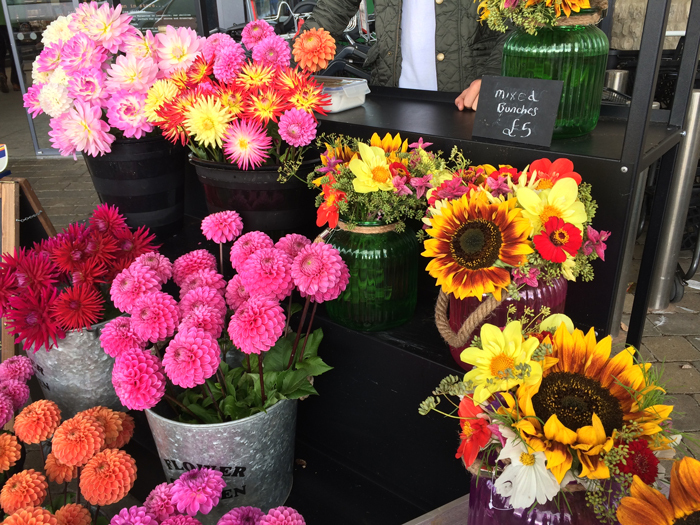 Although he grows a variety of flowers, including chrysanthemums and gladioli, the dahlia is his speciality: “I like the really deep red decorative dahlias,” he says. “A couple of years ago I grew Kilburn Glow and loved it so I have promised myself I will grow this again. My favourite type though is the Waterlily.” Now he has built up a collection of nearly 400 plants and as he takes me round his allotment, his enthusiasm for each variety is obvious.

In fact, although I grow dahlias myself – and I am right in there with him on the deep red decorative varieties – he certainly taught me a lot I didn’t know, particularly introducing me to waterlily dahlias and the collerettes.

Cody has entered numerous shows including Southport, Harrogate and Malvern and has won a 1st at Harrogate and a 2nd at Malvern. Every week, during the season, his dahlias sell out and he has a regular group of customers who look out for him every year during the growing season. He has also produced flowers for weddings and other events and this year sold posies of flowers as well as his dahlia bunches, proving very popular. A percentage of his profits go to the RNLI, a charity he has supported since he started growing dahlias – the result, he tells me, of seeing an actual rescue while he was on holiday once with his parents. The rest gets ploughed back into running his allotment and buying seeds and supplies. 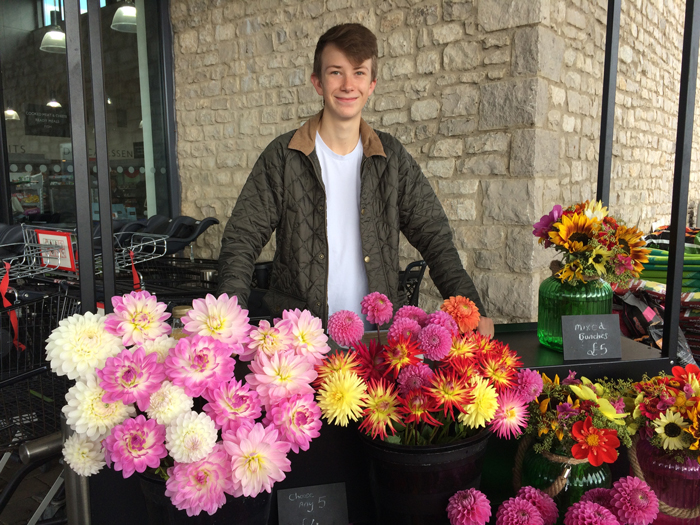 Some years ago his allotment was visited by one of the judges for ‘Britain’s Best Allotment Competition’ who was clearly impressed by the ‘riot of colour’. Having met Cody I have no doubt that he will make a fantastic career in horticulture. He hopes to apply for an RHS Apprenticeship and he is just the right type of candidate having already proved his ability as a grower.

Tom Attwood, of ‘Abi and Tom’s Garden Plants’, at Halecat, near Kendal, is also impressed with Cody’s dedication to growing: “He comes across as someone who’s genuinely passionate about plants and his enthusiasm for his cut flowers is utterly heartening particularly to see from someone so young,” Tom says.

Cody likes designer Adam Frost – who also happens to be an RHS Ambassador, helping raise the profile of horticultural careers for secondary school children – and his approach to horticulture clearly chimes with Cody’s own philosophy.

Over the last few years there has been a lot of discussion about younger people choosing horticulture as a career. In 2013 the Royal Horticulture Society (RHS) produced a report on the growing crisis in UK Horticulture that is threatening our economy, environment and food security.

One of their findings was that 70% of 18-year-olds surveyed thought horticultural careers were only for those who were not academic. This is a view that the RHS, among others, has taken seriously and they have risen to the challenge by supporting horticulture in schools and colleges, appointing ambassadors such as Nick Knowles, Adam Frost, Alan Titchmarsh and James Wong, as well as promoting apprenticeship opportunities, all with the message that Horticulture is an amazing and rewarding career. 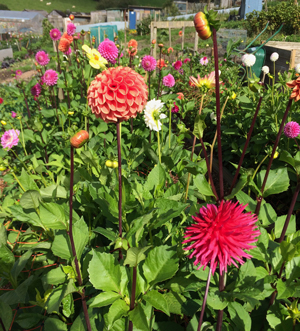 Cody will admit that his friends, at first, thought he was mad to want to grow plants, that it was for ‘old people’, and this is the very myth that still persists today but one that people like Cody can dispel.

So the challenge must be ongoing and one way of tackling the problem is through organisations such as YoungHort, an initiative set up in December 2013 by a team of young horticulturists to help and inspire other young horticulturists. One of their main aims is to encourage school leavers to choose horticulture as a viable career. Cody is a Junior Ambassador for YoungHort and no doubt also inspires other young growers when he enters both local and national shows. Their website can be found at http://younghort.com

I felt it a privilege to be able to see Cody’s allotment, talk to him about his plants and why he loves gardening so much. He has discovered the joy that comes from growing plants, the health benefits and the sense of accomplishment that gardeners feel. Cody appreciates that horticulture can be a worthwhile career and he wants to share that with others.

We wish him the best of luck in his career and feel sure we will be hearing more of this young man in the future.