Top trunks battle it out in Tree of Year contest 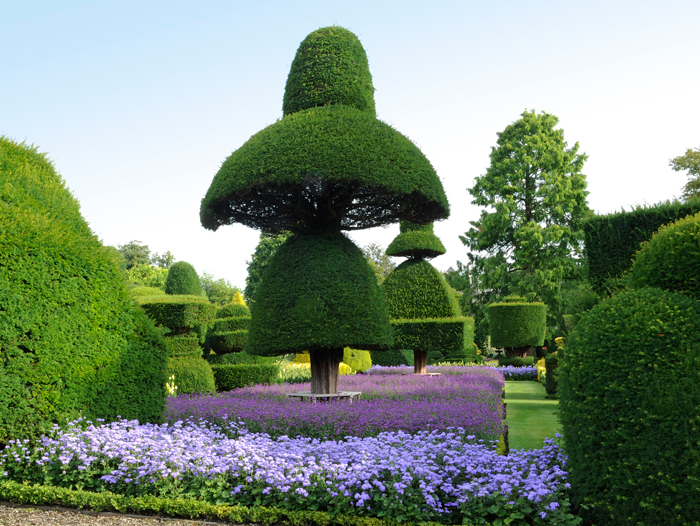 The Woodland Trust has revealed 29 of the UK’s finest trees as it searches for the next Tree of the Year. The shortlisted entries include the dying original Bramley apple tree, a tree whose trunk has swallowed up a bicycle and the Brimmon Oak, which will see a road diverted around its base thanks to campaigners.

The 29 finalists have been whittled down from nearly 200 public nominations to create the shortlist, based on the nominees’ story and how they would make use of a care grant as well as the visual aspect of the tree. England has a total of 10 trees shortlisted, Scotland and Northern Ireland six and Wales seven.

The Trust, with support from players of the People’s Postcode Lottery, is now inviting the public to vote for their favourite tree in each region before the 10th October, 2016. The winners will go forward to the European Tree of the Year competition in early 2017.

The winning tree in each country will benefit from a Tree LC care grant of £1,000 with any tree reaching over 1,000 votes receiving a grant of £500. The grant can be used to arrange a health check from an arboriculturalist, provide interpretation or educational materials or simply just hold a celebratory event in honour of that tree.

England’s 10 shortlisted trees include the Umbrella Tree at Levens Hall, Cumbria, dating back to the late 1690s when the topiary garden at Levens Hall was first laid out by Guillaume Bedaumont. (pictured banner above). Also included is the Chelsea Road elm, Sheffield, which is one of supposedly less than 1,000 left in existence across the country outside Brighton and is host to the rare White-letter Hairstreak butterfly.

In Northern Ireland, two beech trees intertwined to symbolize unity of the Anglican Church and Methodist movement, and a precious ancient oak, thought to be the oldest in Northern Ireland are among the six shortlisted. 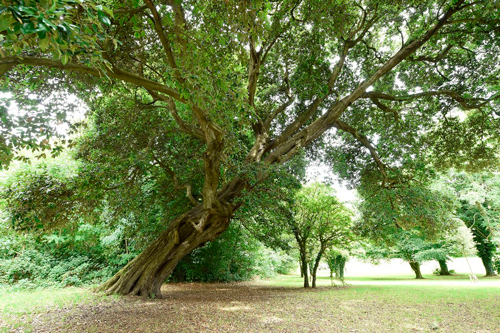 The shortlist includes The Holm Oak, County Down (pictured above) which stands just inside the main Fairy Glen entrance to Kilbroney Park. This wonderful evergreen Holm Oak has been much loved by generations of Rostrevor locals and has a 45º angle at which it leans, making it safe and easy for children to climb. 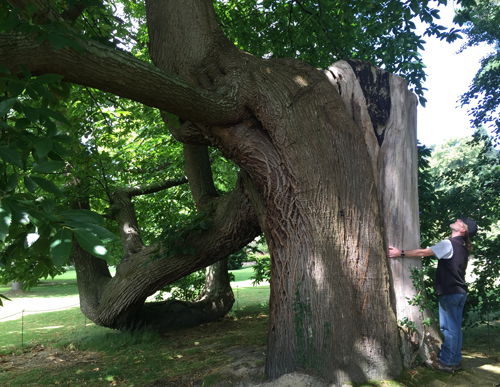 In Wales, the shortlist includes The Bodnant Sweet Chestnut, Bodnant Gardens, Conwy, (pictured above) a stately old Sweet Chestnut with its great, gnarled, multi-stemmed trunk. One of the oldest trees at Bodnant, the specimen is thought to date back to the Georgian landscape of the original estate in the 1700s.

The six shortlisted for Wales are: 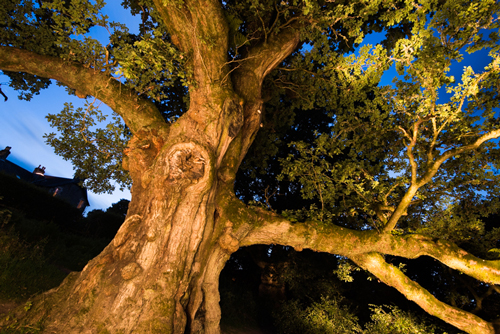 In Scotland, among those shortlisted is the Birnam Oak, a Perthshire oak tree, several centuries old and thought to be the last survivor of the ancient medieval oakwood mentioned in Macbeth. (pictured above) Also on the shortlist is The Bicycle Tree, a sycamore at the Brig o’ Turk in the Trossachs, which has eaten various metal objects including a bicycle. A blacksmith’s workshop once operated nearby and it is believed the tree self-seeded in the late 1800s sprouting up through the scrap. Legend has it that a bicycle was left hanging over a branch by a local man who went off to serve in World War 1 who never returned. The tree grew around the bike and today only the handlebars and a small part of the frame can be seen!

The UK is home to one of the largest populations of ancient and veteran trees in Europe and over 9,000 people have signed up to the Woodland Trust’s V.I Trees campaign to ensure all Trees of National Special Interest have better long term protection from the threats posed by climate change, development, pests and diseases.

Everyone who votes will be in with a chance of winning a two night stay at a DoubleTree by Hilton hotel of their choice. To see all the shortlists and vote for your favourite tree visit www.woodlandtrust.org.uk/treeoftheyear