Wonders of the Chelsea Great Pavilion 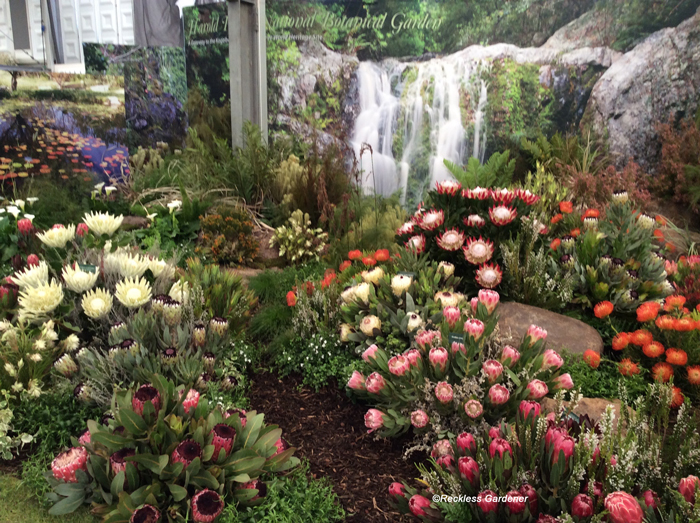 When you consider that a total of 67 Gold medals were issued for exhibits in the Great Pavilion for the 2016 Show, you get an idea of the world-class standards on view.

The New Design Award went to New Covent Garden Flower Market (Gold) in their first ever Chelsea appearance as an exhibitor. Their exhibit, designed and created by Veevers Carter, one of London’s leading florists, illustrated the close ties that bind Flower Market traders and their customers in flowering London and was a spectacular tribute to HM the Queen. 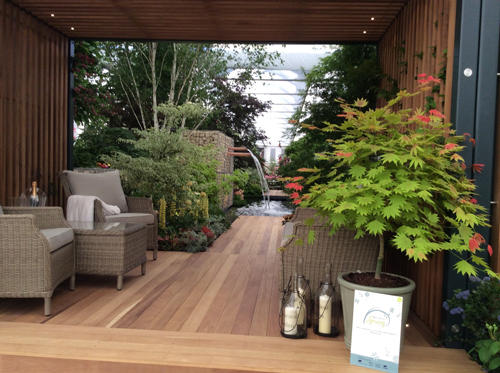 There were some major changes in the Great Pavilion this year and particularly noticeable was the change around the monument site at the centre. Formerly, Hilliers Nurseries occupied this site but this year they moved to a new position, enabling them more freedom with their design. They achieved their 71st consecutive Gold Medal for a beautifully crafted design (pictured above) by Sarah Eberle. 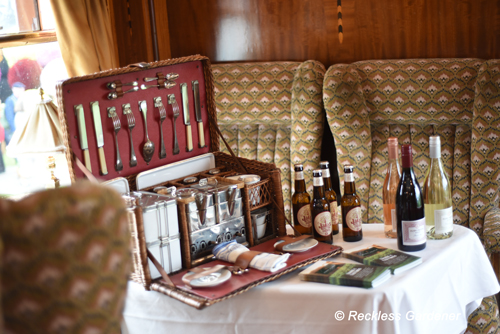 One does not expect to see a train carriage in the centre of the Great Pavilion at Chelsea but this year that is exactly what visitors will see. Occupying the former Hilliers space, in what I consider quite an inspired move, Bowdens Hostas (Silver) in partnership with Belmond British Pullman, displayed their exhibit around Zena, one of Belmond’s beautiful coaches. You step from a traditional Victorian garden into the carriage, walk through its sumptuous interior and emerge amid exotic tree ferns – very special, loved it. (pictured above) 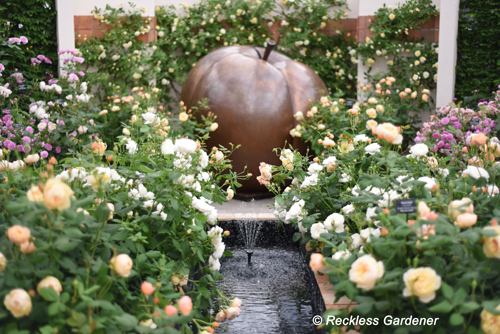 David Austin Roses were awarded their 22nd Chelsea Gold Medal, a fitting tribute to David C.H. Austin who is celebrating his 90th birthday this year: “I first exhibited at Chelsea in 1983 and this has been my 33rd show,” he says. “It is always the pinnacle of my year and introducing my new varieties of English Roses gives me the utmost satisfaction. But I have also received two wonderful birthday presents – the honour of meeting Her Majesty the Queen on Monday followed by receiving a gold medal – I could not have asked for a better birthday gift.” Truly an icon of the horticultural world and we all wish him well. (exhibit pictured above) 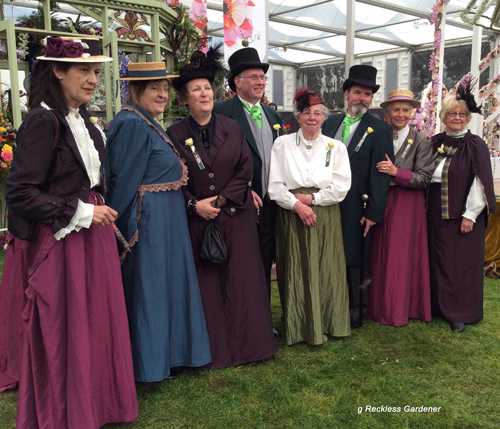 The Victorians reigned victorious as well – the Three Counties and South Wales Area of the National Association of Flower Arrangement Societies (NAFAS) scooped top prize for their Victorian garden inspired floral display. The team made up of Katherine Kear, Kathy Lee, Pat Crane, Elizabeth Graham, Adrian Cooke, Judy Aldridge and Donald Morgan, played an extra part in dressing up in Victorian costume. Together they displayed a really evocative and interesting exhibit.

The Great Pavilion at Chelsea brings fuses together in a successful and happy mixture the plants of the world, the exotic and the traditional, the common and the rare. Plant societies, colleges and universities, nurseries and growers, all come together to shout out all that is best in the horticultural world. Long may it last. Congratulations to all the medal winners and thank you for once again putting on a show-stopping performance. 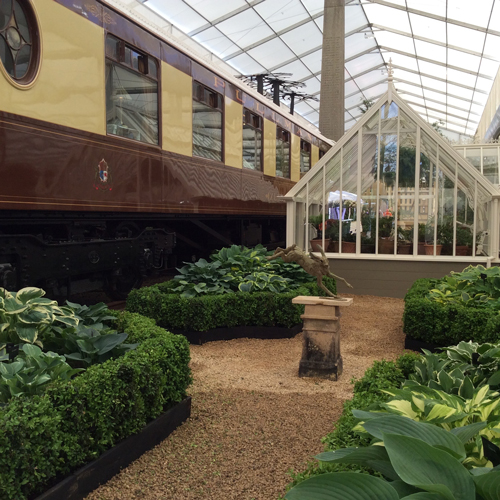