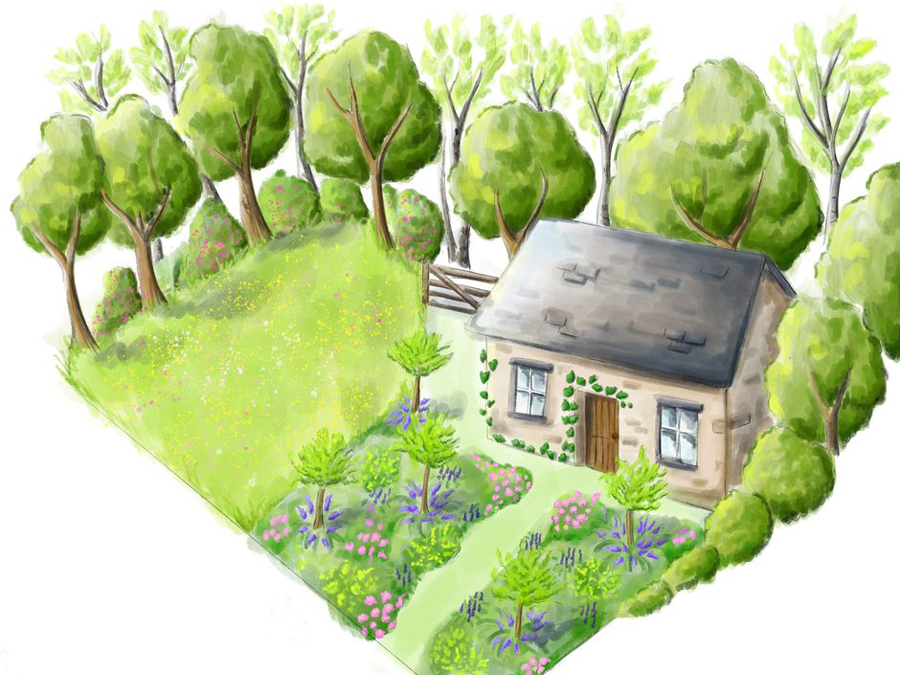 Plans are underway to bring a celebration of the Yorkshire Dales to an international audience at this year’s (2018) RHS Chatsworth Flower Show.

‘Hay Time in the Dales‘ sponsored by the Yorkshire Dales Millennium Trust (YDMT) and designed by RHS Gold Medal winning designer, Chris Myers, will reflect the changing landscape of the Yorkshire Dales, as well as highlighting the work of the YDMT – a local charity that works to sustain the landscape, environment, communities and economy of the Dales.

The garden is set to represent some of the charitable work undertaken by YDMT, including restoring wildflower hay meadows and native broadleaf woodlands, supporting rural heritage skills such as dry-stone walling and encouraging people to appreciate the region’s flora and fauna. 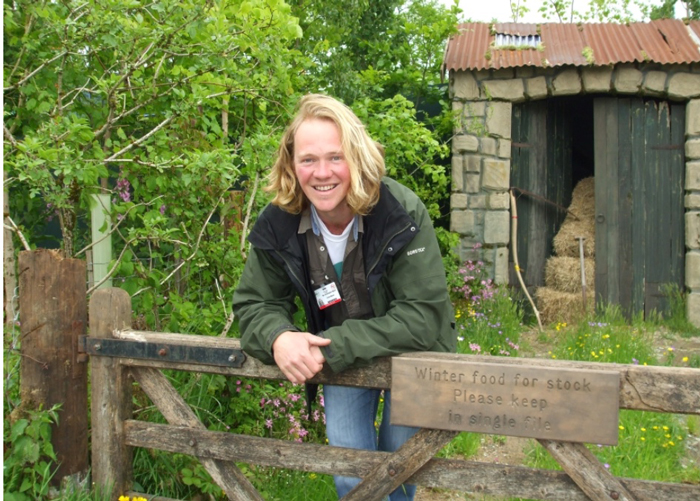 Chris, (pictured above) who is a TV presenter and off-grid gardener from Yorkshire, says he is really chuffed to be producing a show garden at Chatsworth: “The garden is to be a real celebration of the Yorkshire Dales with a meadow of wildflowers, a pretty little converted barn complete with cottage garden adorned with herbaceous perennials, lavender and roses all nestled within the surroundings of a native broadleaved woodland…lovely if I do say so myself! The garden will act as a promotion tool for Yorkshire Dales Millennium Trust and as ambassador for their Hay Time project I’m really pleased that this is the case,” he says.

Once a common sight, species-rich hay meadows are now one of the most threatened habitats in Europe and through the Hay Time Project, YDMT is working with farmers and landowners to help re-establish the wildflower meadows using seed sustainably harvested from species-rich meadows. 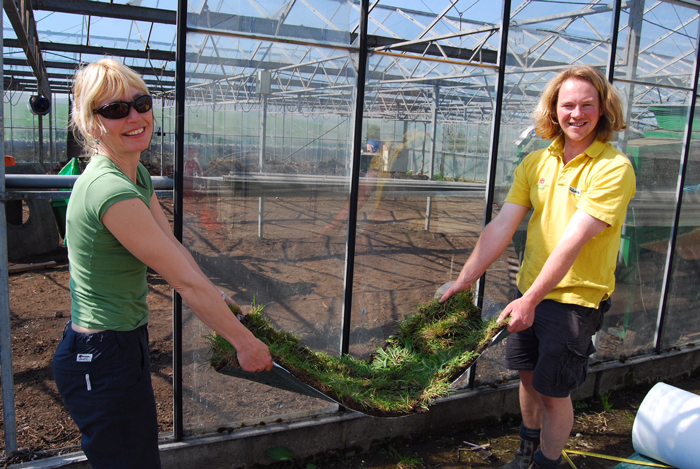 YDMT’s Hay Time Officer, Tanya St. Pierre (pictured above with Chris) said: “As well as being an ambassador for YDMT, Chris is a skilled plantsman and designer with a passion for the Yorkshire Dales landscape, and we were thrilled when he invited us to be involved in this exciting project. I hope this little taste of the Yorkshire Dales will capture the attention of the judges and the public at the RHS Chatsworth Flower Show, helping us to highlight the importance of wildflowers – whether in hay meadows, community spaces or private gardens – for bumblebees and other pollinating insects.”

To help create the garden, Chris has enlisted the support of two of Britain’s top nurseries – Barcham Trees who are generously supplying native trees for the project, and Johnsons of Whixley who are gifting the remaining plants from their Yorkshire nursery, including many native and nectar-rich species.

Gordon Simpson, an award-winning drystone waller from Nidderdale, is giving his time and expertise free, providing stone and building the cottage that will be central to the design.

We wish him and his team a good run-up to the Show and look forward to seeing the garden on press day.

The RHS Chatsworth Flower Show returns for its second year to the magnificent 1,000 acre Chatsworth Estate from 6th to 10th June, 2018.