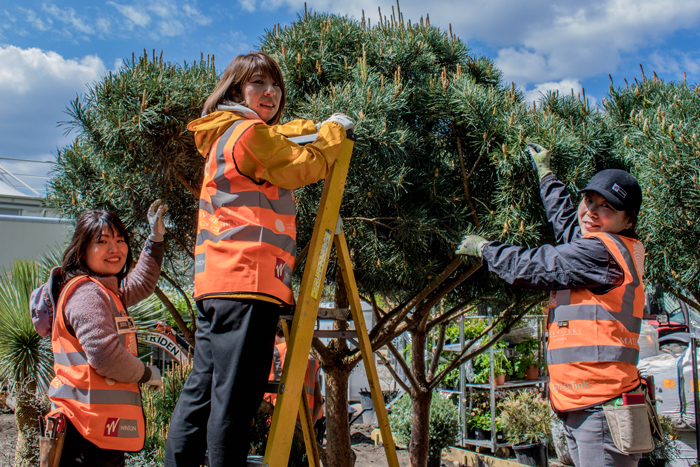 As the build-up to this year’s RHS Chelsea Flower Show quickens pace, Nick Bailey, Head Gardener at the Chelsea Physic Garden and designer of The Winton Beauty of Mathematics Garden, has enlisted the help of three Japanese gardeners to join his team.

Eiko, Tsyako and Motoko form part of a larger team of 40 of which 15 are planters. Nick has been wowed by the extreme attention to detail, precise skills and exact actions of the gardeners, much like the ideas underpinning the Winton Garden.

He is thrilled to be creating his first Main Avenue Garden at Chelsea: “Chelsea is the world’s greatest flower show, nothing tops it,” he says. “I have visited the show for over 20 years and to finally be creating a garden rather than looking at other peoples is thrilling. Winton have been incredibly supportive throughout the process of developing the garden, which has taken 14 months to bring together. I am honoured to be representing such an innovative and dynamic company for their Chelsea debut,” he continued. 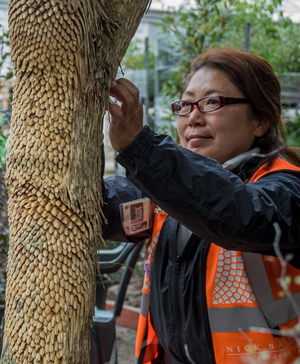 The garden’s layout is based on the mathematical symbol for infinity, with further well-known mathematical expressions and concepts evident in the central area of the garden’s path and planting layout. Visitors will experience a fresh dynamic garden bursting with plants of the Southern Hemisphere and Mediterranean, whose delicate leaves and wiry forms epitomize nature’s mathematical patterns.

Of particular significance are species such as Aloe polyphylla (which is a perfect Fibonnacci spiral) and Aeonium tabuliforme.

Though the Winton garden has elements of naturalistic planting, making this work is a precise science, a science at which Japanese gardeners are masters.

Flowing through the centre of the garden is a beautiful copper band symbolizing germination and growth of a seedling. The band emerges at one end of the plot, rising in height to become first a bench, then a stair banister and finally a planter that sweeps around the top of the belvedere.

This is one show garden that will certainly inspire visitors to really appreciate the highlight of the beauty of mathematical principles in nature and one I am really looking forward to seeing.