Commemorative poppies from Australia set to inspire at Chelsea 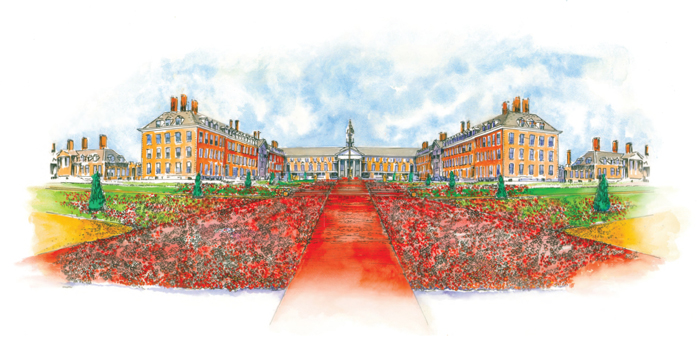 One of the highlights of this year’s RHS Chelsea Flower Show will be 300,000 handcrafted crocheted commemorative poppies flown all the way from Melbourne, Victoria.

The poppies, in a unique exhibit, will connect the show grounds, where the RHS Chelsea Flower Show is held into the Royal Hospital Chelsea, in a dramatic display, honouring the servicemen and women who have fought across all wars, conflicts and peacekeeping operations over the last 100 years.

The garden is the result of the partnership of acclaimed landscape designer Phillip Johnson from Victoria, Australia, who has worked with fabric artists Lynn Berry and Margaret Knight.

Lynn and Margaret were the creators of the 5000 Poppies Project which they started in personal homage to their fathers who fought in WWII. They crocheted 120 poppies to display at the Shrine of Remembrance in Melbourne in 2013. The huge outpouring of community spirit and creative energy that took place during the project saw it escalate to an unprecedented scale. By Remembrance Day 2013 more than 5,000 poppies had been collected and by Anzac Day 2015 the total was well in excel of a quarter of a million, from contributors around the globe. 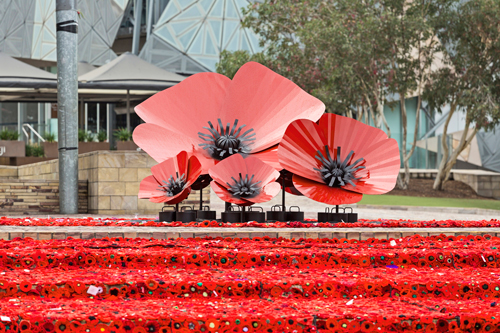 The result was a spectacular visual tribute in Melbourne’s landmark Federation Square and on Princes Bridge and let to an invitation to showcase at RHS Chelsea Flower Show. The aim to honour all servicemen and women reflects the way that the project has grown to include many contributors from other countries and cultures.

Melbourne, which is situated in the state of Victoria, Australia, is known as the Garden State, home to an endless list of modern and heritage gardens. Melbourne’s Royal Botanic Gardens with its aboriginal heritage, attracts over 1.8 million visitors annually. Less than an hour from Melbourne, the Mornington Peninsula boasts a wide range of parks and gardens including the famous Ashcombe Maze and Lavender Gardens.

The Fitzroy Gardens, Melbourne, is home to the historic Captain Cook’s Cottage, built in Yorkshire in 1755 and moved in 1933 to Australia. 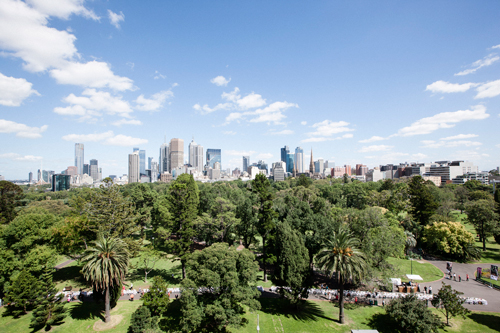 There can be no doubt that the commemorative poppies are going to be a big attraction at the 2016 RHS Chelsea Flower Show. Visitors wanting to know more about Melbourne’s gardens and visitor attractions should log onto: www.visitmelbourne.com