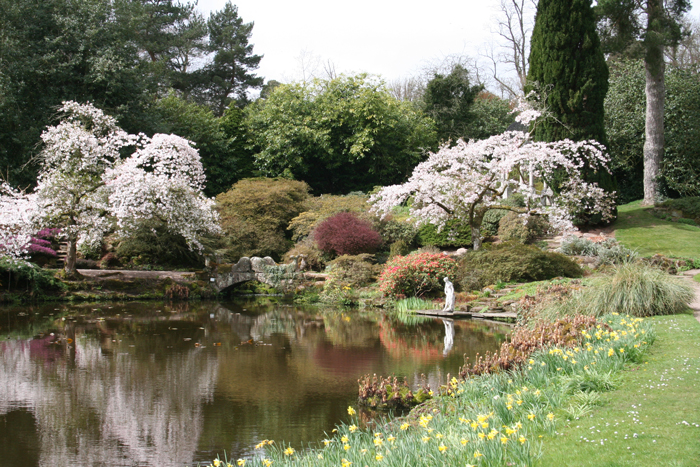 Two of Cheshire’s oldest and most notable families are coming together with a joint Floral Exhibit in the Great Pavilion at the RHS Chelsea Flower Show in 2016.

The Cholmondeley family, who have resided in Cheshire since Norman times, and 15th generation family oat miller, Mornflake, will recreate Cholmondeley Castle’s iconic Temple Garden, with a stunning representation that celebrates their shared passion for British land.

The exhibit, which celebrates the Cholmondeley and Mornflake family’s roots in the land that has shaped their history and longevity, will be led by award-winning Head Gardener, Barry Grain, and is believed to be the first ‘Northern’ garden of its kind to be shown in the famous Great Pavilion at the iconic show.

Cholmondeley’s Temple Garden is a noted ‘Garden of Distinction’ and one of England’s hidden treasures. Steeped in history, yet constantly evolving, the gardens, like the rest of the estate, are ultimately underpinned by agriculture, as Cholmondeley works with tenant farms to make the most of the breathtaking land that carves out the castle and its grounds.

Representing the agricultural foundations that shape the Cholmondeley Estate, Mornflake has been a fierce supporter and pioneer of British land and food for over 340 years. Independently owned and run by the Lea family since 1675, Mornflake contract grows oats with British farmers to safeguard the future of our oat crops and invented the stabilization of oats during the Second World War – enabling them to be stored as the household staple we enjoy today.

Cholmondeley head gardener, Barry Grain, points out that Chelsea is without doubt on the bucket list of every professional gardener in the country and possibly the world: “Lady Cholmondeley has worked tirelessly her whole life to create the romance of The Temple Garden, as such it is a true honour to represent Cholmondeley and working alongside Mornflake and the Lea family to bring this vision of Cheshire to fruition, makes the experience even more special,” he says.

John Lea, Managing Director of Mornflake is delighted to be working with the Cholmondeley Estate on this unique floral exhibit for RHS Chelsea: “After 15 family generations of milling oats grown from British soil, we are proud to celebrate our mutual passion for the land that surrounds and unites our two families with what is sure to be one of the finest gardens that Chelsea will ever see.”

Barry Grain, who is leading the project at Chelsea comments that Lavinia, Dowager Marchioness of Cholmondeley, was well known for her ability to source fascinating and unique plants: “As such, we are incredibly fortunate to be able to present many intriguing varieties at Chelsea, which are sure to get horticulturalists very excited,” he says.

The joint Floral Exhibit between Cholmondeley Castle and Mornflake, will be one of the highlights of the Great Pavilion. It is believed to be the first ‘northern’ garden of its kind to be shown in the Great Pavilion at Chelsea.

Pictured above the Temple Garden at Cholmondeley.