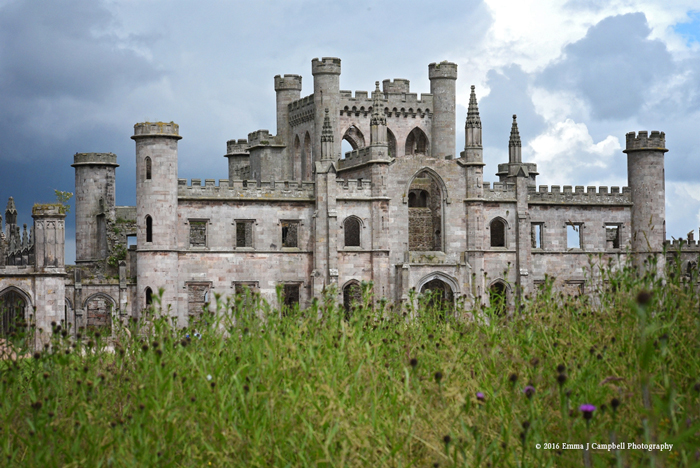 Sandy Felton discovers the majesty and tranquility of Lowther Castle Gardens, and its special ‘sense of place’.

The ruins of Lowther Castle, near Penrith, Cumbria, are certainly romantic and one cannot deny that there is something rather monastic about them. When I first saw the ruined castle over twenty years ago I was struck then by its neglected magnificence and couldn’t help but wonder what the parkland and formal gardens had been like in the castle’s heyday.

Today, thanks to a charitable trust set up to rescue Lowther, this sleeping giant, once in danger of collapse, is being saved for future generations to enjoy. However, the project is not merely to restore or replace what was once there. On the contrary, the Trustees have the vision to realize the challenge in finding new layers for Lowther as well as discovering the old ones. 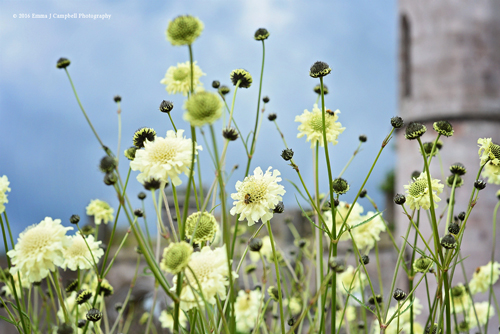 Lowther sits 800 feet above sea level amid stunning Lake District scenery. The 130 acre gardens, now undergoing restoration, were originally begun in the 1680s and looking at engravings from the time, look like a mini version of Versailles. They were the vision of John 1st Viscount Lonsdale and they became the finest country park in England visited by heads of state. Today, remains of that original garden can still be identified. 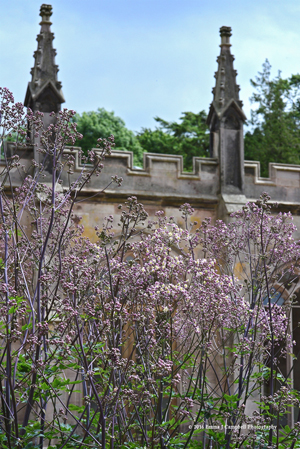 The 21st century restoration of the gardens will stay true to the 17th century structure and as work goes on, the gentle revealing of history will prove fascinating for visitors to see. After years of neglect visitors can now enjoy walking the two miles of paths and 10 acres of lawns to experience the peace and tranquility of the planting within and around the ruined castle itself.

One can only imagine what Lowther’s grand lawns looked like after WW2, during which time the British Army requisitioned the castle and used the lawn area for tank training! The first phase of the restoration had to involve clearing the gardens of the concrete laid down by the army, the demolition of  post-war chicken sheds, and the felling of nearly 2000 conifer trees.

As the old layers of Lowther are discovered and recovered new layers are being added. The once fragile Stable Courtyard has been restored to house a welcoming café and shop.

The original Sculpture Gallery of the castle has been renovated and now houses an interesting museum from where visitors can learn about the Lowther family, including the famous ‘Yellow Earl’, Hugh Lowther (1837-1944).

Since the project began in 2011 the layers of neglect have slowly been cleared away, slowly and carefully so that Lowther’s rich heritage is not lost.

Dan Pearson has created the overall master plan for the gardens to give a mixture of revelation and restoration. His 21st century perspective will ‘reconnect Lowther to the surrounding landscape while at the same time giving perspective to the historic gardens’.

There can be little doubt that his vision will enable this sleeping beauty to once again take its place as a garden of ‘natural cultural significance’. 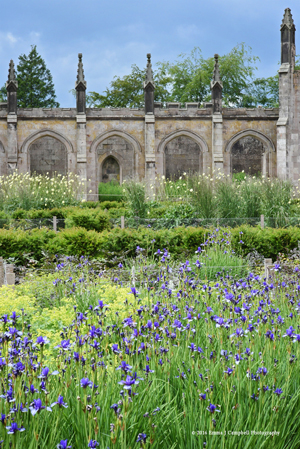 The layers of garden at Lowther cover centuries of British landscape and garden design reflecting the tastes of each age. The plan is for the garden to mature and grow slowly and it is clear that restoration will take many years. However, this shows the determination and care being taken by the trustees and those who work at Lowther, to not only conserve and reclaim the garden but also to gently engage with contemporary ideas of ecological design.

The first of the new designs from the Dan Pearson master plan is the construction of the perennial Parterre Tapestry Garden, (pictured right) constructed in 2014. This takes centre stage in front of the south facade of the castle. Yew hedges have been planted suggesting an outsized and thread bare tapestry. The use of reclaimed stone, positioned through the paths to help play the effect of a romantic ruin, adds to the sense of place.

I was particularly entranced by the ‘garden in the ruins’, commenced early in 2015. Here Dan Pearson uses trees and shrubs to provide structural planting while roses, jasmine and wisteria scramble through the gothic windows and grasses sway in the breeze. Altogether it is a romantic and peaceful space, where you want to linger, somehow frozen in time yet alive with vitality and colour.

It will certainly be a joy to visit Lowther in the years to come to watch the garden come back to life once more. Already sown (2016) is the WW1 Commemorative Garden, in which Lowther remembers the fallen soldiers of the Great War. The garden is sown with corn poppies, corn chamomile and corn flowers with splashes of yellow corn marigold and will create a sea of red, white and blue with yellow to recognise Hugh Cecil Lowther, the ‘Yellow Earl’. 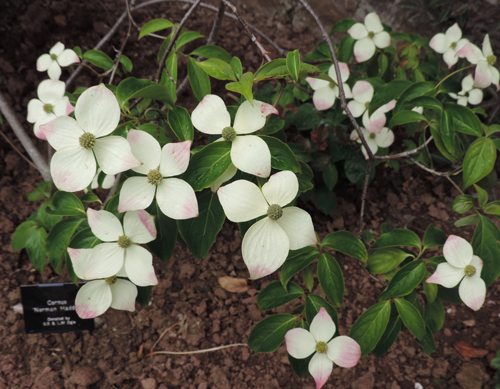 With 130 acres of hidden gardens, enchanting woodland walks and wonderful Lakeland scenery, Lowther is certainly a gem to be enjoyed. You can find more information by logging onto: http://www.lowthercastle.org/