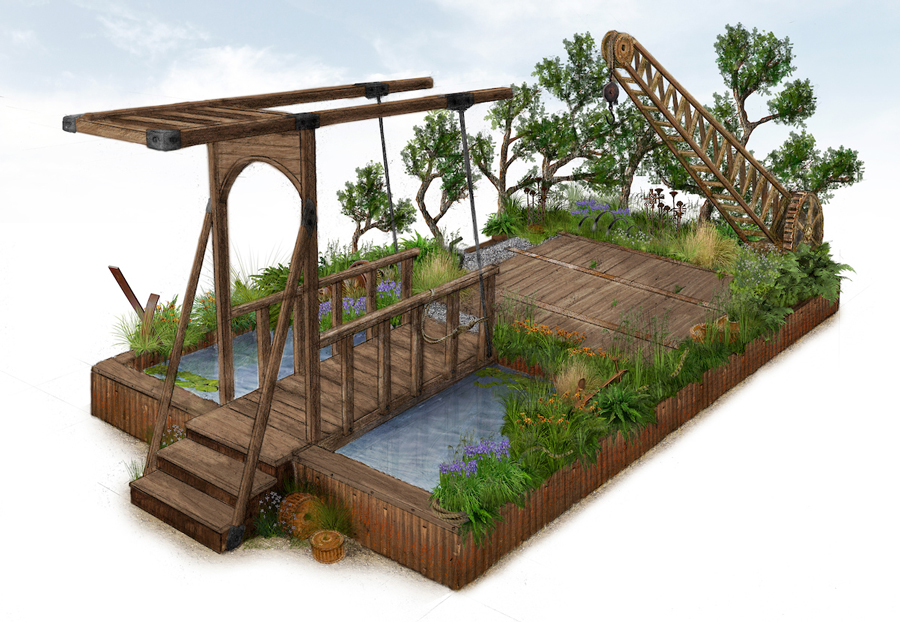 After spending several weeks working on a landscape project at the side of the river Trent, Graham’s eye was caught by the towering crane jibs dotted along the shore line. The bold structure of the crane jib contrasted against the natural landscape and this led to the discovery that along the Trent there were many wharves, some with regular activity and some disused or used as storage yards. 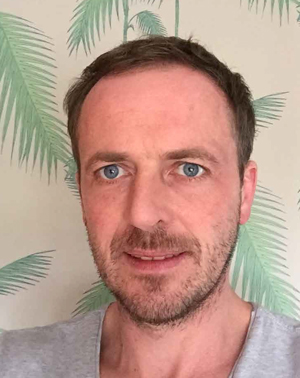 What stood out for Graham (pictured left) was how they would make stunning focal points and eye catchers in the garden: “After visiting a few of the wharfs, I had a head full of exciting ideas based on industrial curiosities and industrial detailing,” he says. “It stood out for me what fantastic sculptural and structural elements the machinery and equipment had, with great age, shapes and patina,” he continued.

Thus, his idea of crafting an artisan garden at the Chelsea Flower Show came into being. Turning a section of a stark derelict industrial wharf into a visually exciting garden with an area to chill and relax.

The garden will use reclaimed wood and industrial curios will give the garden authenticity. Pines and conifers will feature to create an ideal habitat for wildlife.The contractor on the garden is Walker’s Nurseries.

With the RHS campaign ‘Greening Grey Britain‘ in mind, Graham’s design might just be the inspiration for derelict areas such as canal and river wharves that have fallen into dereliction.