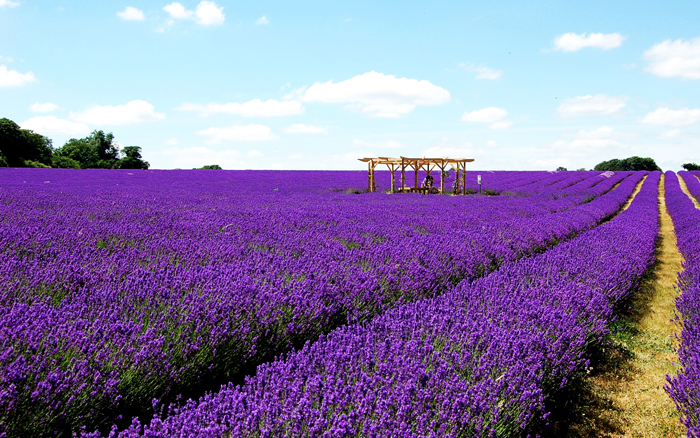 As the Lavender season gets underway and our gardens will soon be bursting with colour from this most delightful of aromatic plants, it is also time to be aware of the pesky Rosemary Beetle (Chrysolina Americana).

Brendan Maye, owner of Mayfield Lavender Farm in Surrey, shares with us some good advice for gardeners who grow lavender. Such is villainy of these mini invaders they were named last year as number eight in the Royal Horticultural Society’s (RHS) Top 10 list of plant pests.

Brendan points out that for a low maintenance plant that looks good all year round, it’s hard to beat lavender: “It’s a hardy shrub and once it’s established it doesn’t require a huge amount of care,” he says. “This, among its many other desirable traits such as its therapeutic properties, is the reason that it’s one of the most popular plants you can find in the garden.” 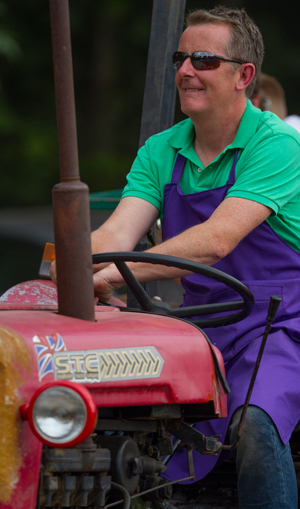 However, its biggest threat has become the Rosemary Beetle, which is proving a real force to be reckoned with. Brendan explains that it is their biggest problem at the farm and every year they recruit an army of beetle busters to help try and rid the plants of the pests before they do real damage.

Rosemary Beetle is most active during August to April; adult beetles can present throughout the year. It can also affect sage, thyme and rosemary. The RHS advise that it has spread rapidly throughout England and Wales and is now established in Scotland, present on Northern Ireland and may also be established in parts of the Republic of Ireland. Most damage occurs between late summer and spring.

Brendan explains that the adult beetles are usually seen in late spring, although they remain largely stationary on plants until later in the year. They are around 8mm long and easy to spot because they have metallic green and purple stripes across their backs.

“In late summer they begin to mate and lay eggs,” Brendan says. “Usually they lay on the underside of leaves. Larvae will hatch in about 10 days time and feed for a few weeks before dropping down to pupate below the soil surface.” The best way to keep on top of the problem is regular observation of plants in early summer to prevent infestations establishing.

Removing adults and larvae by hand will help to reduce numbers. Gently shaking infected bushes over newspaper will enable large infestations to be collected and removed.

Mayfield Lavender Farm is an organic 25 acre field which is certified by the Soil Association and uses no pesticides, however, Brendan points out that if you wish to use a bug spray these are best applied in the spring and not while plants are in flower because of the danger to pollinating insects.

If you would like to volunteer as a Rosemary beetle buster at Mayfield Lavender this summer, they would be delighted to welcome you. It’s a great activity for family bug hunts, school trips or nature lovers.

Mayfield Lavender Farm is open daily from 1st June to 15th September and can be found at 1 Carshalton Road, Banstead, SM7 3JA.